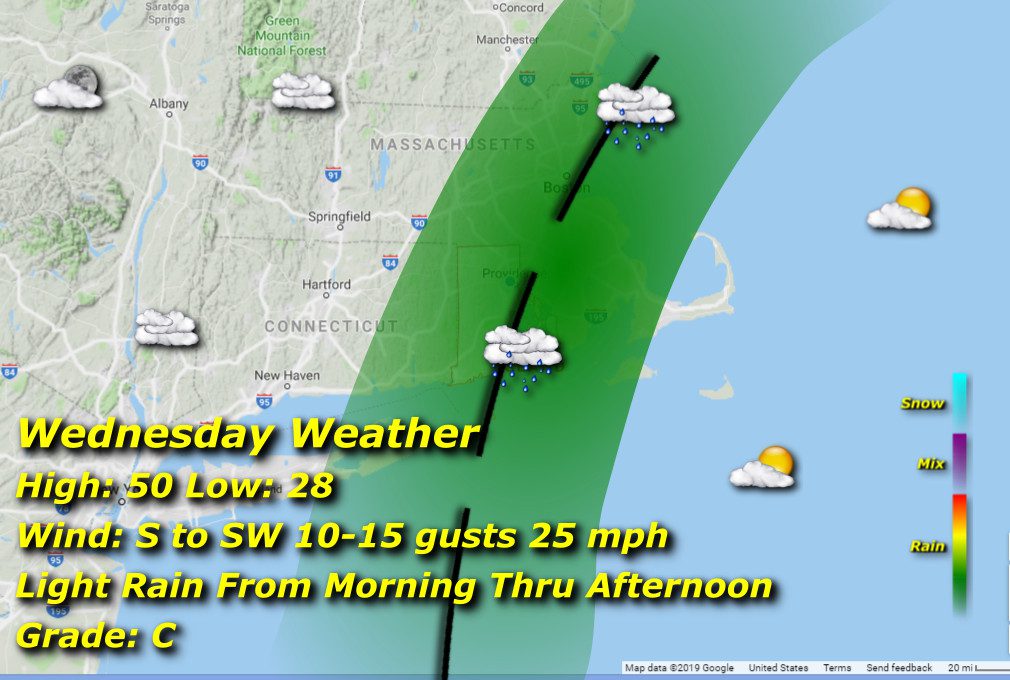 Low pressure developing over the southeast US reaches out it’s tendrils and provides up with about a day’s worth of rain starting in the morning and lasting through late afternoon.

We’ll get some warmer air with the saturation, afternoon highs achieving 50 from morning lows in the upper 20’s with a gusty southerly to southwesterly breeze.