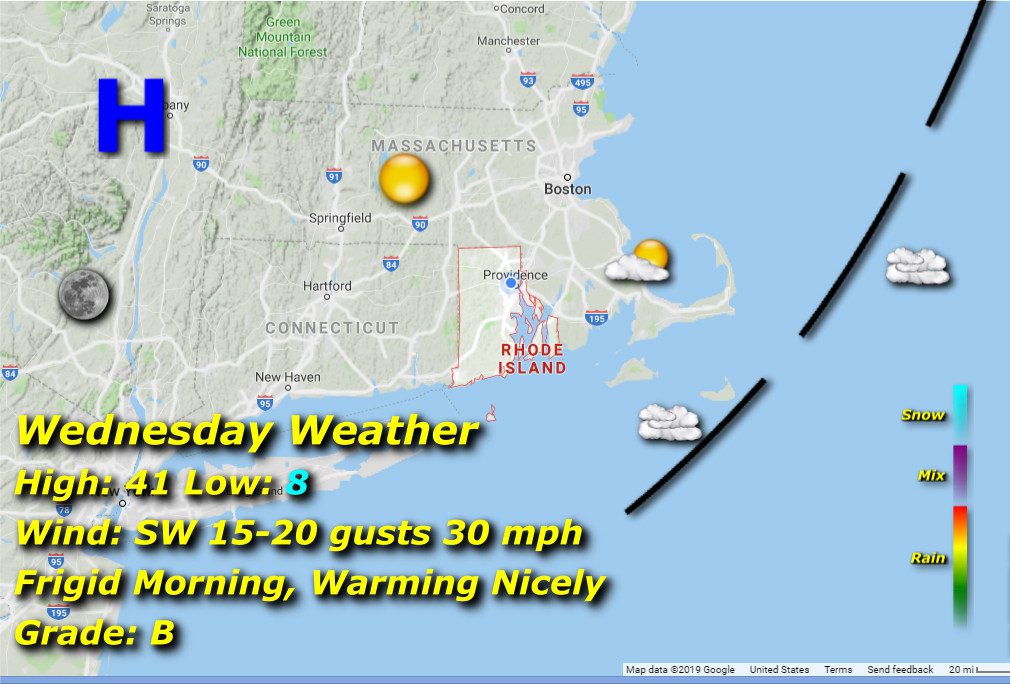 High pressure maintains control of the region, helping push a weak trough of low pressure offshore during the day, with a brisk southwesterly breeze emerging from the conflict

The result will be a much better afternoon as winds drive warmer air from the southwest, highs reaching in the low 40’s after paying the painful price of a morning low in the single digits and wind chills threatening the negative numbers.