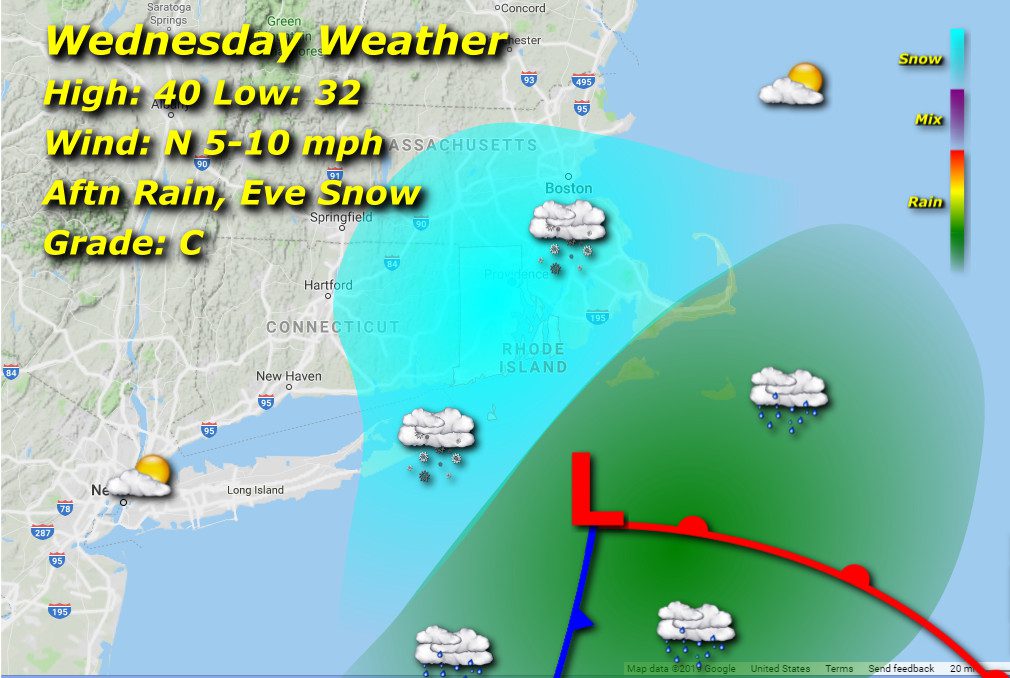 A coastal low develops over the southeast US and intensifies over Cape Hatteras, moving northeast and eventually passes to the south of southern New England. We’ll see some afternoon light rain that will eventually change over the light snow by evening as cool air is pulled into the system.

We could see up to an inch out of the system in the greater Providence area, up to 2 inches in the northwestern snow-prone areas.

Afternoon highs in the low 40’s bookended by morning and evening lows in the low 30’s with a light northerly breeze.