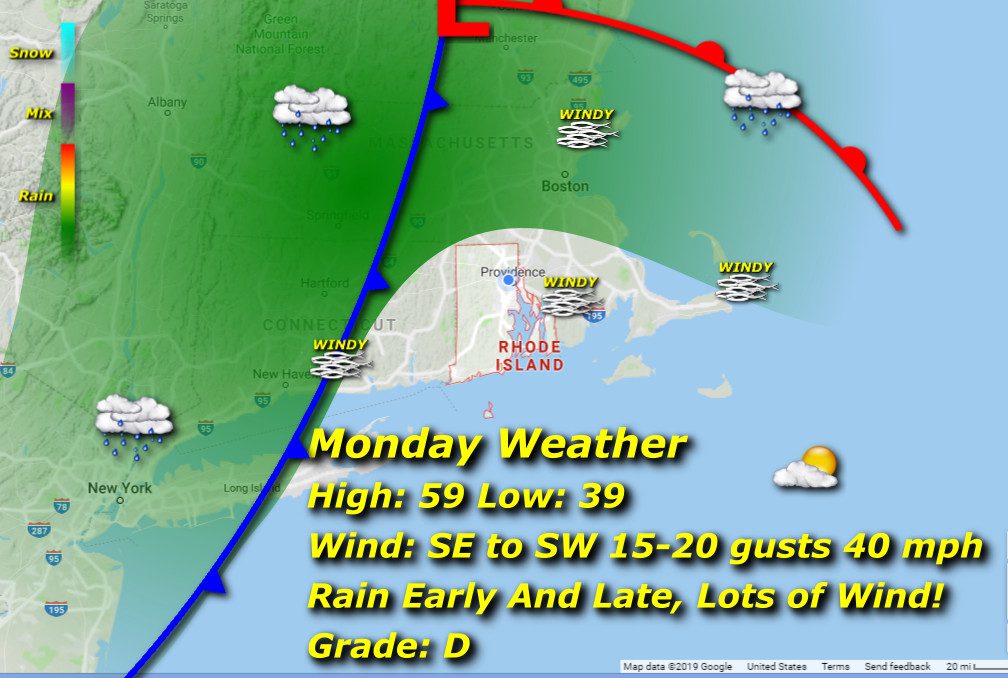 The latest frontal system moves through the area, breaking things along the way with gusty winds shifting from southeasterly in the morning to southwesterly in the afternoon. We’ll also see some light rain during the hours around sunrise followed by mostly cloudy conditions with the slight chance for some breaks in the cloud cover, but this will be short lived as another batch of showers should develop in the evening.

The strongest winds will be in the afternoon/evening, with gusts approaching and possibly exceeding 40 mph, just wiping out all the work done by gas blowers over the weekend.