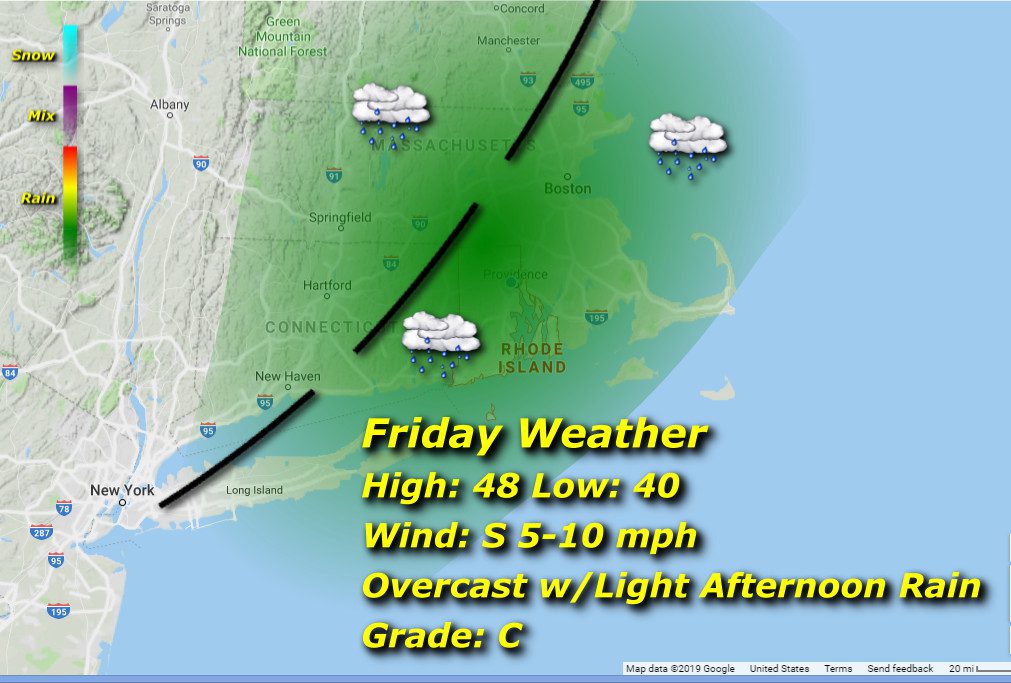 The latest in a series of weak low pressure features run through the area and kicks up some drizzle and light rain, particularly in the afternoon. Morning lows around 40 rise only to the upper 40’s with a light southerly breeze under overcast skies.