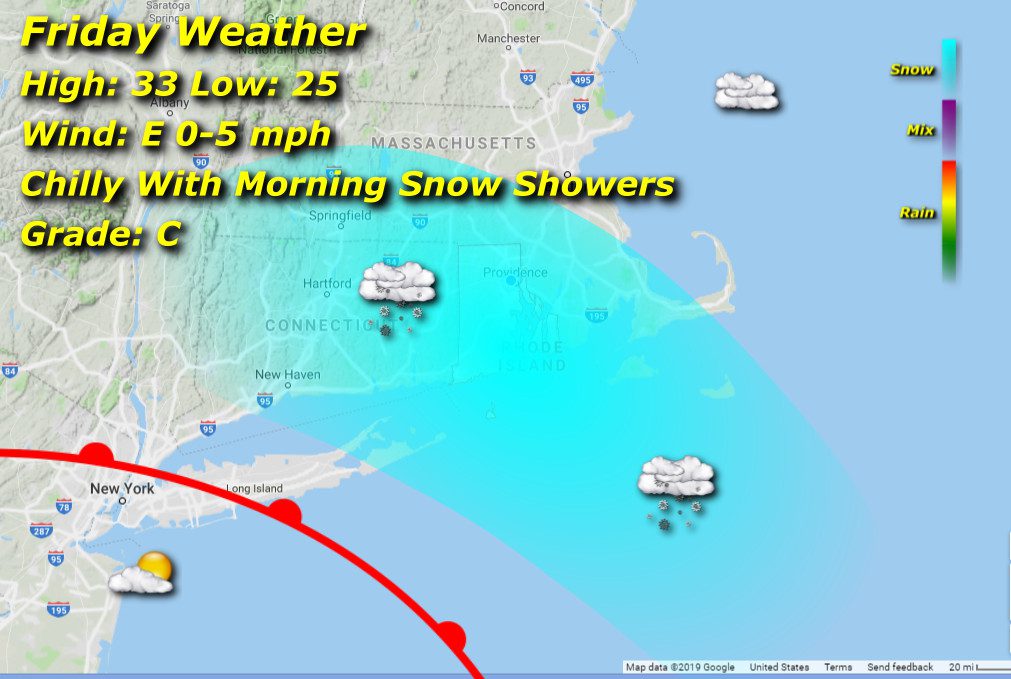 A batch of snow showers will pass through the area and be done by 9 or 10 am. No accumulations are expected as this is a fast and weak event. Just window dressing for Christmas Eve morning.

Cloud cover will stick around as the warm front responsible for the snow hangs over southern New England. Morning lows in the mid 20’s rise to the low 30’s with a light breeze generally from the East.