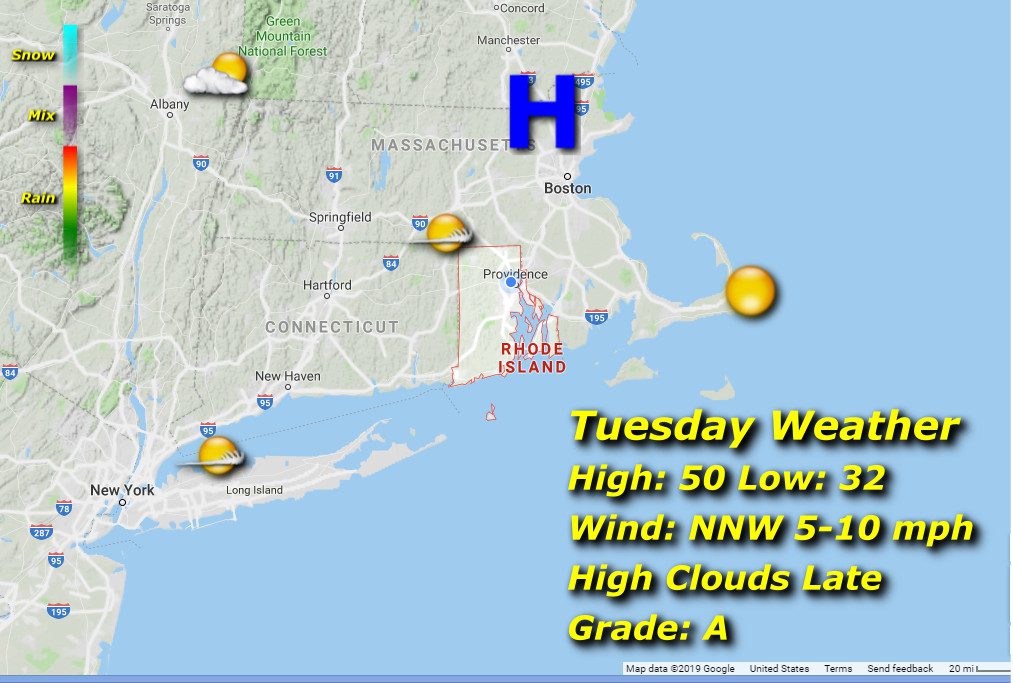 High pressure will still be in control, giving us some nice sunny weather for another day. Afternoon highs in the low 50’s will be followed by evening lows in the low 30’s with a north-northwesterly breeze. Some high clouds roll in later, but no significant weather is expected.