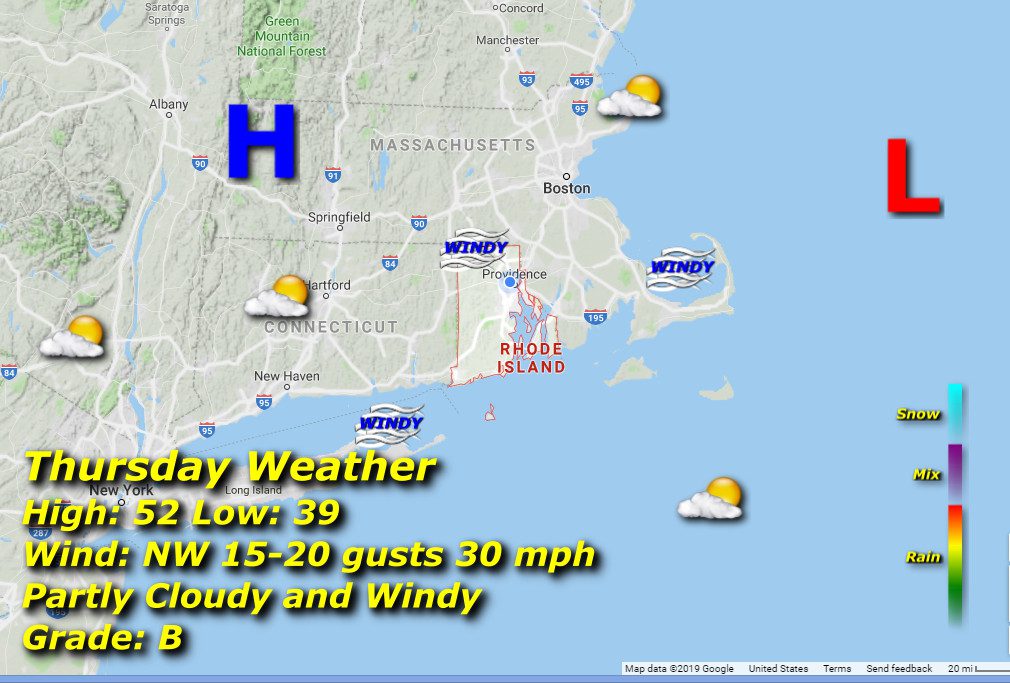 Low pressure off of the New England coast retrogrades a little bit (backs up…), and the resulting pressure gradient between it and the high pressure that continues to build in will keep the northwest winds gusting through the day towards 30 mph. Still partly cloudy, no chance of rain with super dry air in the lower levels. On the cooler side, morning lows in the upper 30’s warming to the low 50’s in the afternoon.