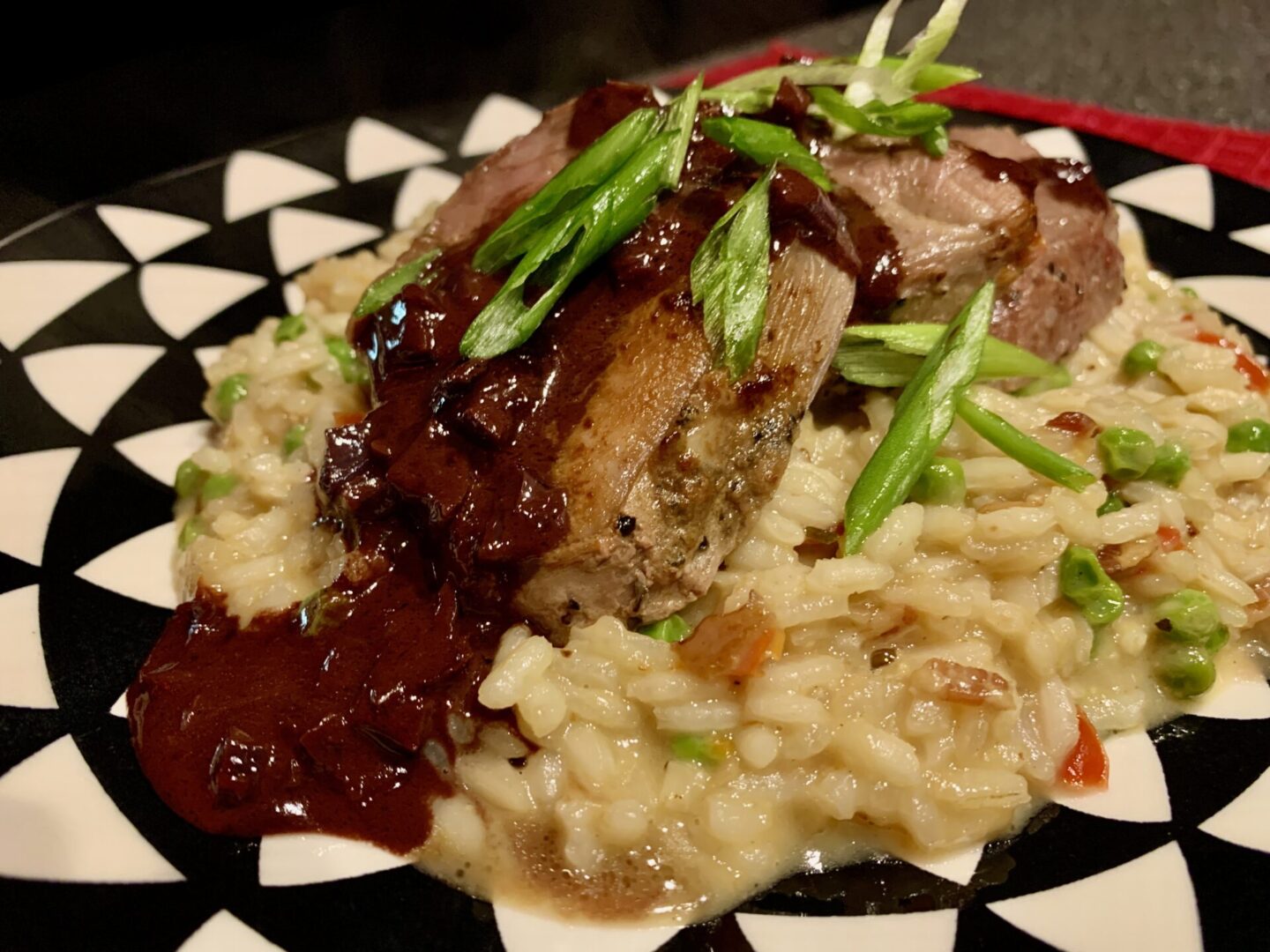 There are a few steps to making this showstopper meal, but if you are organized you can make it in about an hour.

Bring broth to a simmer in a small saucepan.

Cook bacon in a small heavy saucepan over medium-low heat, stirring, until crisp. Transfer with a slotted spoon to a paper towel to drain.

Add 1 cup hot broth mixture and simmer briskly, stirring constantly with a wooden spoon, until broth is absorbed. Continue simmering and adding the wine and more hot broth mixture, about 1/4 cup at a time, stirring frequently and letting each addition be absorbed before adding the next, until rice is just tender and creamy looking but still al dente, 20 to 25 minutes. Next add the cheeses and peas stir until all the cheeses is melted.  Crumble the bacon on top.

Divide risotto into 4 portions. Slice into 8 medallions. Place 2 medallions over risotto and top with sauce.

In a small saucepan melt the butter and add the shallots, sauté for 5-7 minutes until the shallots are soft, the add the chipotle, wine and broth simmer until reduced to about ¾ cup. Add the dark chocolate and cinnamon. Stir until chocolate is melted. If too thick add a bit more wine or chicken broth.