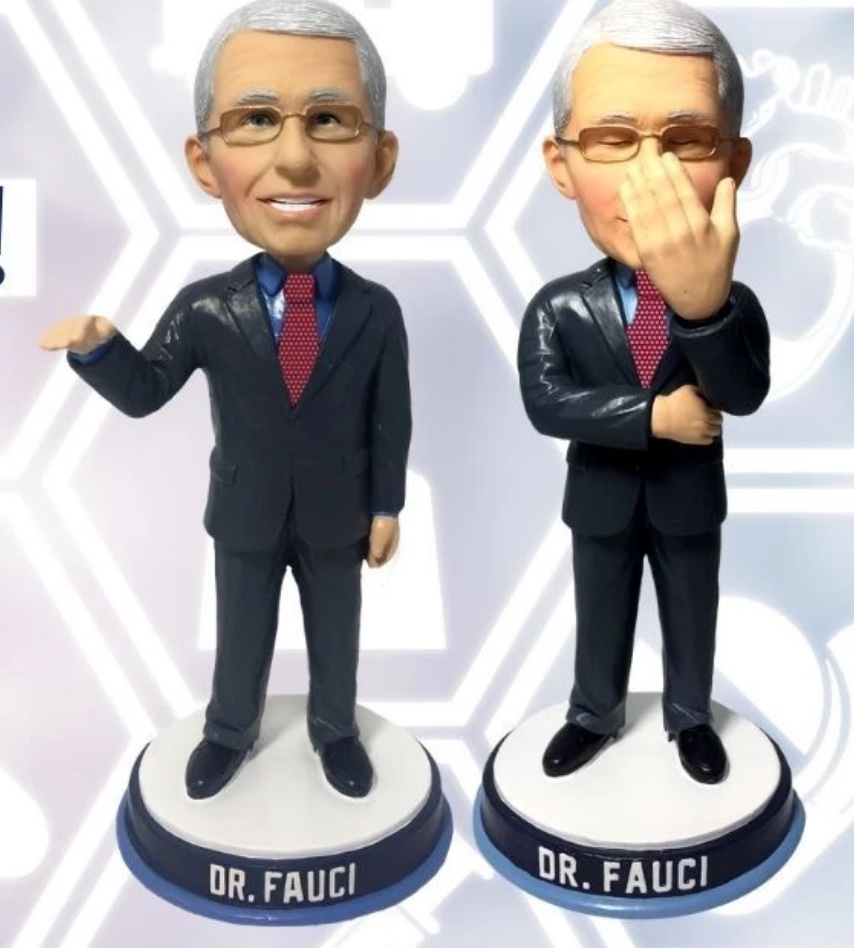 42,000 bobblehead dolls of Dr. Anthony Fauci were developed by the National Bobblehead Hall of Fame and sold at auction, raising over $200K for American Hospital Assoc which has shipped PPE to hospitals in need all around the US (https://store.bobbleheadhall.com).

NYC Mayor DeBlasio has said he might lay off hundreds of FDNY paramedics, as part of 22,000 city workers due to budget problems – while he defends his wife’s $2M personal/city staff.

One California high school is calling itself a “day care” in order to reopen.

The College of the Holy Cross is sending a stern warning to students after concerns were raised about off-campus parties.

Motorcycle Week begins in New Hampshire and bars are shutting down

US Administration has declared teachers to be “critical infrastructure workers” could give the green light to exempting teachers from quarantine requirements after being exposed to COVID-19 and instead send them back into the classroom.

All Boston schools will begin remotely.

Florida’s largest teacher union is suing the state to not return to school fully in-school.

Researchers to believe children are more contagious, calling them “silent spreaders” of COVID-19, regardless of their susceptibility to developing infection (see national RI research story, below, with opposite results)

Airbnb announced a global ban on parties and events at Airbnb listings, with an occupancy cap of 16 people worldwide.

A number of people who attended the 10-day Sturgis Motorcycle Rally this month, including some who came from out of state, have come down with COVID-19.

Indiana state officials are working to develop a public website that will track the number of coronavirus cases among students, teacher and other employees at schools.

The Emmys will be on Sept. 20 virtually broadcast on television, hosted by Jimmy Kimmel

Researchers at Harvard University’s Global Health Institute have suggested a cutoff of 25 new daily cases per 100,000 people for going back to school, while the American Federation of Teachers, one of the nation’s largest education unions, has issued its own list of conditions schools should meet before reopening.  It said average daily test rates must be below 5%, with a transmission rate below 1%.

After the week’s press conference, where Gov. Raimondo said she had no information about the program to provide $400 additional funds to unemployment, and reporters provided her with the data, the state announced that it would apply “by the end of the day”..

Massachusetts enacts mandatory flu shots for all children over 6 mos. of age including children educating virtually, as well as children in attendance – through college level.

RIDOH said rapid testing that is being set up for all public schools – will also be available for all private schools.

Governor says she is sending another $50M to school districts primarily for filtration systems and personnel. National Guard is also available to help.

RI has identified the 25 most popular bars frequented by RI college students and they will be “out in force” to monitor them. Colleges have been told by the state of RI that they are going to be held accountable for behavior of their students.

Six more businesses have been identified in RI as out of compliance at time of inspection:

Here is the full study:

How to Get Tested in RI:

If you wake up tomorrow and have symptoms that may be indicative of COVID-19—cough, difficulty breathing, fever or chills, muscle or body aches, sore throat, headache, nausea or vomiting, diarrhea, stuffy nose, fatigue or recent loss of taste or smell—you need to stay home, pick up the phone, and schedule a test. There are two ways to do that:

First, you can call your primary care provider. If you have a health care provider you see regularly, call them and tell them about your symptoms, and they will schedule a test for you.

If you do not have symptoms but want to get tested, you can go to portal.ri.gov. This is for anybody who falls into one of these categories: