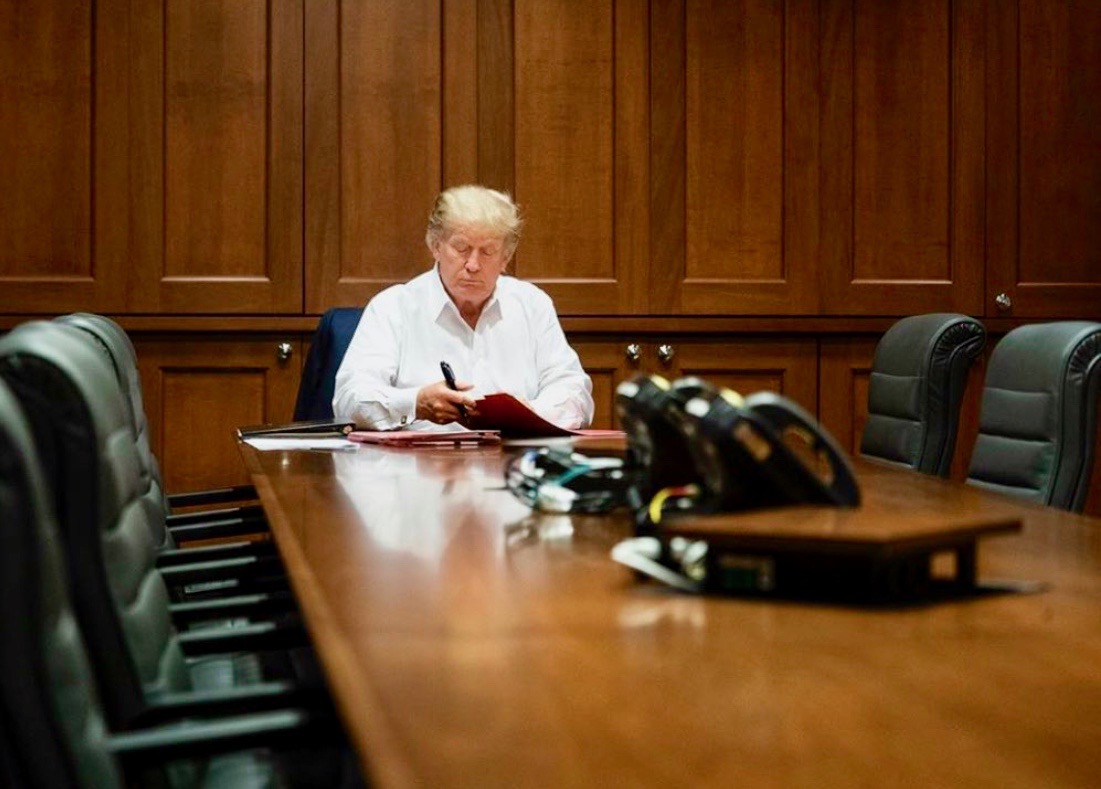 Mosquitoes and other biting insects can’t spread SARS-CoV-2, researchers reported. Unlike dengue, malaria, and Zika virus, the virus behind COVID-19 couldn’t replicate after being ingested by mosquitoes.

Amazon said over 19,000 of its more than 1.3 million U.S. workers have tested positive, the first such disclosure by so major a U.S. employer.

Across hard-hit Latin America, a recent slowdown in new cases and fatalities is raising cautious hopes.

Supplies of remdesivir will be distributed by maker Gilead Sciences, as the U.S. government handed over control.

COVID-19 guidelines for New Hampshire ski areas will require visitors to wear face coverings while they are in lodges, on lifts and in other public spaces

Worcester officials are prohibiting door-to-door trick-or-treating this year, as the city remains at high risk for the transmission of COVID-19.

President Trump took to video to address the public last night (see below).

Earlier in the day, the president’s medical team gave an update, and after some competing statements from the White House, it seems as though the President was given some oxygen assistance at the White House, but has not needed it since coming to Walter Reed, where he is undergoing a variety of treatments. He’s received a single 8-gram dose of polyclonal antibody combination drug while also taking zinc, vitamin D, melatonin, aspirin and famotidine. He has also received the antiviral drug, Remdesivir.

Former Gov Chris Christie tests positive – he was a coach for the debate prep – he has       been admitted to a hospital, with a message to people that it is out of precaution because     he has asthma.

Ronna McDaniel, president of the RNC is positive.

The Cleveland Clinic says 11 people involved in coordinating the debate are positive.

7 people, so far, have tested positive associated with the Rose Garden event – most were not wearing masks or social distancing, however, some were wearing masks.

Melania Trump is said to be doing well with a headache and cough. She released a statement to the public saying she has mild symptoms.

Several members of Congress want to have more testing on Capitol Hill. Presently there is no plan for testing with over 500 elected officials and 20,000 staff. Four members who had it and recovered say they were wearing their masks and regardless of contact tracing, they do not know where they got it.

US National Security working to confirm concerns being raised by adversaries and allies that the US is in control and fully operational.

Candidate Joe Biden is reactivating his campaign, and even went to church – some feel as though he should wait until another negative test early this week, but he is now wearing a surgical mask and going into public.

President Trump’s campaign staff have indicated they will ramp up and campaign “for him” by launching Operation MAGA, and there is a large presence outside the hospital – news anchors saying “the campaign is coming to him” – his family will be holding virtual events with a big event planned for Monday night.