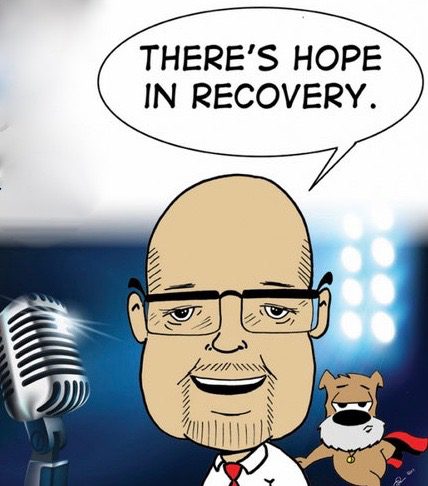 An interview with John J. Tassoni, Jr. a business leader, social activist, recovery advocate, former member of the R.I. State Senate, and the host of Recovery Radio on WPRV-AM

There are many facets to John J. Tassoni, Jr., who in addition to serving as the Director of Operations at The Substance Use and Mental Health Leadership Council of Rhode Island, hosts “Recovery Radio” every Monday on WPRV-AM. He would like to be able to expand his audience from Recovery Radio with a companion TV show.

A former member of the R.I. State Senate, who sponsored legislation creating a high school program for teens in recovery, Tassoni knows his way around the highways and byways of the recovery community. He is a member of the Governor’s Task Force on Overdose Prevention and Intervention; he is not shy about sharing his opinions about what he believes needs to be done.

ConvergenceRI recently spoke with Tassoni about a range of issues confronting the recovery community. His replies were blunt, succinct, and to the point.

In addition to confronting the coronavirus pandemic, Rhode Island is also attempting to cope with an increasing number of overdose deaths, which are projected to exceed more than 400 lives lost in 2020, a more than 20 percent increase of the previous highest total, 336 in 2016.

One of the proposals being floated is the creation of a harm reduction center, also known as a safe injection site, with a group of recovery community advocates pushing to have Gov. Gina Raimondo create a pilot program by executive order. Tassoni has been a participant in initial discussions around such an initiative, but would like to see more of a plan before he signs on.

One of his biggest problems with the bureaucracy around recovery, Tassoni believes, are the low rates of reimbursement paid by managed care organizations, which he says has hampered the ability of agencies and providers to provide care and maintain a workforce.

Here is the ConvergenceRI interview with John J. Tassoni, Jr., the host of Recovery Radio.

ConvergenceRI: How long have you been doing a recovery radio show?
TASSONI: Five years.

ConvergenceRI: What was the idea behind the show when you started it?
TASSONI: To be informational for people who are struggling and for their families.

ConvergenceRI: In these days of safe distancing and coronavirus, has the conversation on the show become even more crucial to people’s well-being?
TASSONI: Yes. However, the premise of the show is informational, to let people know there is hope in recovery.

ConvergenceRI: Do you have plans to expand the show?
TASSONI: I am looking to bring it to TV next.

ConvergenceRI: What is it that people want to talk about when they talk about recovery?
TASSONI: Is there hope? And, places where they can seek treatment.

ConvergenceRI: As a member of the Governor’s Task Force on Overdose Prevention and Intervention, what do you believe is missing from the conversation, which has been meeting once a month for nearly four years?
TASSONI: In my opinion, some of my suggestions, such as [expanding] my radio show to TV has fallen on deaf ears.

ConvergenceRI: What strategies would you like to see invested in more in Rhode Island to address the continuing epidemic in overdose deaths?
TASSONI: Maybe the creation of a smaller group that meets more often and is compensated by grants or other avenues.

ConvergenceRI: Recently, a proposal has been floated to have the Governor sign an executive order to create a harm reduction center/safe injection site as a pilot project. Do you think this would be a good strategy? What would make it better?
TASSONI: It may be; however, I would have to see how it will work before I sign on to it. The group was having meetings discussing it, and then COVID-19 hit. I was part of that initial group.

ConvergenceRI: Were you aware that McKesson, one of the companies being sued by a number of Attorney General offices, including Rhode Island, for its role in distributing prescription opioids that exacerbated the overdose epidemic, was chosen by the Trump administration to distribute the Moderna vaccine under Operation Warp Speed? Do you think companies should be “rewarded” while their alleged past wrongdoings are being litigated?
TASSONI: Absolutely not! They should not be rewarded for bad behavior!

ConvergenceRI: Given your work in providing services for those in recovery for substance use disorders, what do you see as the greatest needs?
TASSONI: Very important. It’s been years since the rates [for reimbursement] have been increased. The providers are asked to do more with less. They have trouble with keeping staff, making adjustments to [deal with] COVID. They are losing money for outpatient services and also for inpatient services.

Here is my view: You pay for a benefit but the managed care organization [MCO] doesn’t want you to use it.

ConvergenceRI: How important is the need to improve reimbursement rates from health insurers for behavioral health and mental health services?
TASSONI: It’s very important to keep good workers and for providers to invest in new technology. They are all on a slippery slope with reimbursements and rates.

ConvergenceRI: How can the local news media do a better job in covering the overdose epidemic?
TASSONI: I could do that with a TV show but I need a sponsor, which I’ve been trying to seek out for months. Channel 12 [WPRI] gave me a proposal that I’ve been shopping around the state, but no luck yet.