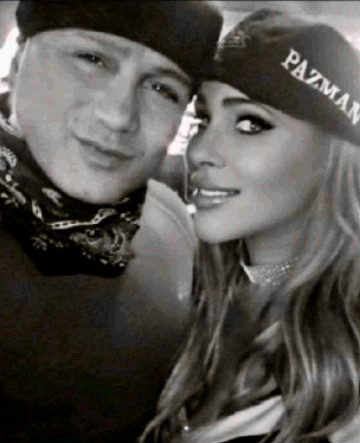 This the 2nd part of a two-part story focusing on Rhode Island’s favorite son. Part one, here: https://bit.ly/3wdSjta

A little more than a month has passed after Pazienza won the WBA Light Middleweight championship, defeating Italy’s Gilbert Dele on a TKO at the Providence Civic Center on October 1, 1991. Still basking in the afterglow of the championship, Paz and a friend made their way to a favorite Rhode Island restaurant. On November 12th, Pazienza was a passenger, when the car he was in was involved in a head on collision. Paz suffered a dislocated vertebra and two fractured vertebrae in his neck. At the time of the accident the doctors could not determine if Paz would even walk again, never mind ever fight competitively again. Paz was fitted for a “Halo” which is a metal frame that rested on the shoulders while four screws were drilled directly into the skull to reduce head and neck movement while the spinal cord and neck injury could heal.

Paz began to regain mobility within a few days and without the doctor’s permission or knowledge, Paz began to exercise. At first, lifting light weights as he pushed himself to heavier and heavier weights. The “Halo” remained as Paz began hitting the bags and shadow boxing. When his doctor found out the regiment that Paz was doing without his knowledge, he was stunned and declared “If it were not for the condition and shape that Vinny was in, it would have been doubtful if he ever would have fully recovered. But he is an exceptional man with an exceptional will and drive.”

On December 15, 1992, a little more than a year since the accident, Paz climbed into the ring again at the Foxwoods Resort and Casino’s event center and beat Luis Santana in 10 rounds. The fight declared the Pazmanian Devil was back!

Pazienza was named RING Magazine’s Come Back Fighter of the Year. In his fourth fight back Pazienza traveled to Colorado to take on Canada’s Dan Sherry for the vacant IBO Super Middleweight Championship. Paz knocked Sherry out in the 11th round to once again be crowned a champion.

Two fights later, on June 25, 1994, at a sellout crowd at the MGM Grand in Las Vegas, Paz faced boxing legend Roberto Duran, nicknamed the “Hands of Stone” Paz soon found out why Duran earned that name. “Paz said, “Duran hit me the hardest of any fighter that I fought in my career!” Paz continued, “he had this knack of hitting you in a way that each punch would shake you to the core.” In the end it was Paz who took home the IBC Super Middle Weight championship, a title that he would defend, and retain, two fights later in a rematch with Duran.

Pazienza’s streak of 11 wins in a row was stopped on June 24, 1995, in Atlantic City by Roy Jones Jr. when they fought for the IBF Super Middleweight title. The fight lasted 6 rounds, but Jones won on a TKO in the 6th round. Pazienza’s professional record stood at 40-6 at this point, and his goal was to reach 50 wins as a pro.

Paz won the WBU Super middleweight title with a TKO of Dana Rosenblatt in the 4th round at Bally’s in Atlantic City. Paz lost his next fight to England’s Herol Graham in front of a sell out crowd at England’s famous Wembley Stadium.

Paz went on a 5-win tear, in the friendly confounds of the Foxwoods Resort and Casino as he improved his record to 46-7. His magic number of 50 wins was within reach, but for Pazienza it was not going to be easy. In a rematch with Rosenblatt, Paz lost in a split decision as they fought for the vacant IBO Super middleweight championship and lost his next fight for the first time ever in his career to Aaron Davis at Foxwoods.

Pazienza rolled to three more wins as he inched closer to that magic number of 50. Now at 49-9 Paz had a setback when he lost to Canada’s Eric Lucas on March 1, 2002. It would be over two years later when Paz (who officially changed his name from Vinny Pazienza to Vinny Paz in June 2001) would beat Tucker Pudwill to win his 50th career fight, with his friend and one time opponent, Roberto Duran, in his corner making the victory that much sweeter.

Paz retired officially from boxing with a record of 50 wins and 10 losses. “For a professional fighter to get 50 wins in his career is like a professional baseball pitcher getting 300 wins,” Paz said, “It’s a milestone that it is very hard to achieve considering what you have to endure to reach that number.”

Overall, Paz fought in over 100 armature fights and 60 professional fights. He retired as a 5-time World Champion and stayed in the ring for 21 years.

As retirement began, Paz found himself with offers of endorsements and business deals coming at him fast and furious. As for a retired professional athlete Paz learned that you must cash in whenever you can. “The bills still have to get paid. You learn the hard way that not every offer is a good one, and not everyone has your best interests or well being in mind.”

A major motion picture was filmed, called “Bleed for This” starring Miles Teller as Vinny, and released in 2016. The movie was focused on his spinal cord injury and comeback. The film was released in limited theaters and was mildly successful in the United States, doing much better in other parts of the world. “I was the creative producer, but had little input into the final product, which was frustrating – but oh well! That’s Hollywood!” Paz said with a smile, “But it’s not every day you get a movie made about you and your life.”

Beside signing the many autograph requests that are sent to him daily, Paz is in the process of putting the finishing touches on a documentary of his career called “Headstrong”- Vinny Paz career highlights. The video follows Paz from his early days as a promising fighter to one of the most feared fighters to enter the boxing ring.

Another thing that Paz had to learn was the “Wild Child” lifestyle had to change. There were incidents that were supposed to have happened that Paz says, “Believe half of what you see and none of what you hear. Have I been involved in some moments that law enforcement had to get involved in? Absolutely! I discovered that when you have been a professional athlete, especially as a fighter, it comes with inherited risks.” He goes on to say, “I have learned to calm down and let things that would have bothered me in the past, well, now I let it go.

I now have a lifestyle that I love. I go to autograph signings and special events. I enjoy things now that are a bit different from before.  Paz has recently announced his engagement to the “love of my life” Jessie St. Pierre. St. Pierre is a Registered Nurse and a model, and the couple share a child. “They keep me grounded; and keep me real.” Asked if he thinks that he would ever get into the boxing business again, either as a gym owner or trainer, and Paz smiles and says, “when you work making the donuts…you don’t want to eat the donuts! I am good and I am happy!”