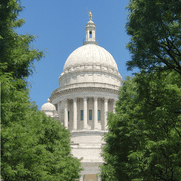 In his most recent report, Lardaro says Rhode Island’s economic restoration continued into November with a Current Conditions Index of 83 – its eighth consecutive expansion value. As in previous months, Lardaro noted the overall CCI, which is predicated on year-over-year changes, is based on relatively easy “comps” when compared against the November 2020 CCI of 25.

Lardaro predicts continued strong CCI values for several more months, based on comparisons to where the economy stood in late 2020 and early 2021, but expects these numbers to come down as we move further into the year.

Despite this, Lardaro remains confident about the direction of the state economy and believes it will continue to move forward, though he expects it to take two to three years before it returns to “normal.”

The big question posed by Lardaro remains how Rhode Island will fare once federal stimulus runs out if the state does not move to correct structural deficiencies.

Here is his full report, which can be downloaded or enlarged for easier reading.