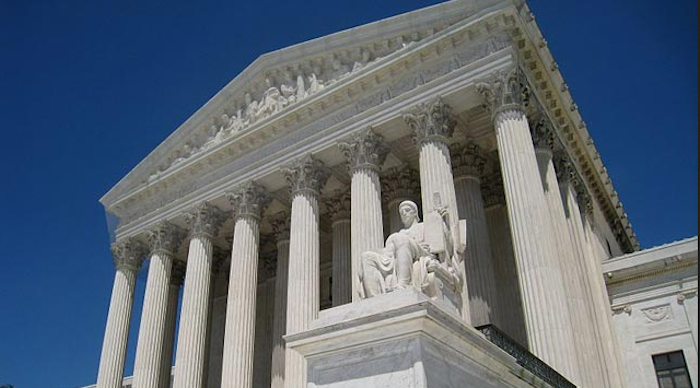 Unity by Design – the power of a Trump E.O. – by David Brussat

“Confusion to Boney” was a toast raised by the British Navy in the Napoleonic era. No doubt “Confusion to Trump’s E.O.” is a toast raised today by modernists fearful of the president’s draft executive order favoring classical styles for federal architecture. The order remains unsigned, however, and the next administration remains undetermined, so confusion does indeed reign over the fate of the E.O.

It is possible but unlikely that a Biden administration would carry out a classical mandate, but it seems the General Services Administration may already have got the memo. As reported in my September post “Animal spirits of the E.O.,” two proposed federal courthouses, in Huntsville, Ala., and in Ft. Lauderdale, Fla., are already on track to be built in “the classical style.” Wording in their RFQs could have been lifted directly from the E.O.

This was heartening indeed, yet I was doubtful that it was significant. Classically styled courthouses have recently been built in Tuscaloosa and Mobile in spite of the official decree favoring modernism since 1962. A bill in Congress to block the proposed E.O., should it be signed, has been introduced by Rep. Dina Titus (D-Nev.), but not passed. Still, a recent CityLab article called “Trump’s defeat did not stop his ‘ban’ on modern architecture,” by Kriston Capps, has raised my spirits about prospects for a mandate favoring classicism.

Of course, it is not a “neoclassical-only” mandate. It would favor traditional design, and yet would allow local circumstances to guide the selection of an architect. But let’s allow the critic to have his little prevarication.

For, while Capps is a standard-issue mod-symp architecture critic, his article presents a relatively straightforward look at the political forces arrayed for and against the E.O. in particular and a revival of classical architecture in general. And yet I was startled by the degree to which Capps himself seems truly concerned that the spirit of the E.O. may have already become entrenched at the GSA.

[T]he forces that [Trump’s] White House set in motion could outlive his administration: The GSA appears to have adopted a modernism ban, without any authorization in place. What seemed to be a pipe dream for admirers of classical architecture back in February now looks like procurement policy at the federal agency that manages office space and needs for the U.S. government.

(In that passage, Capps links to a brilliant essay on classicism and the E.O. by critic Catesby Leigh that is well worth reading.)

And it may be that the E.O., whether or not signed by Trump, could serve a prospective Biden administration as a symbol of unity after a terribly divisive election. A survey conducted by the Harris Poll in October found that classical architecture is preferred to modern architecture by ratios of two- and- three-to-one among Americans of almost every demographic stripe. For that matter, if Trump manages to overturn Biden’s apparent victory, the E.O. could serve the same purpose of seeking comity during his second administration.

For full article and a link to Brussat’s blog: https://architecturehereandthere.com/2020/11/27/confusion-to-trumps-e-o/