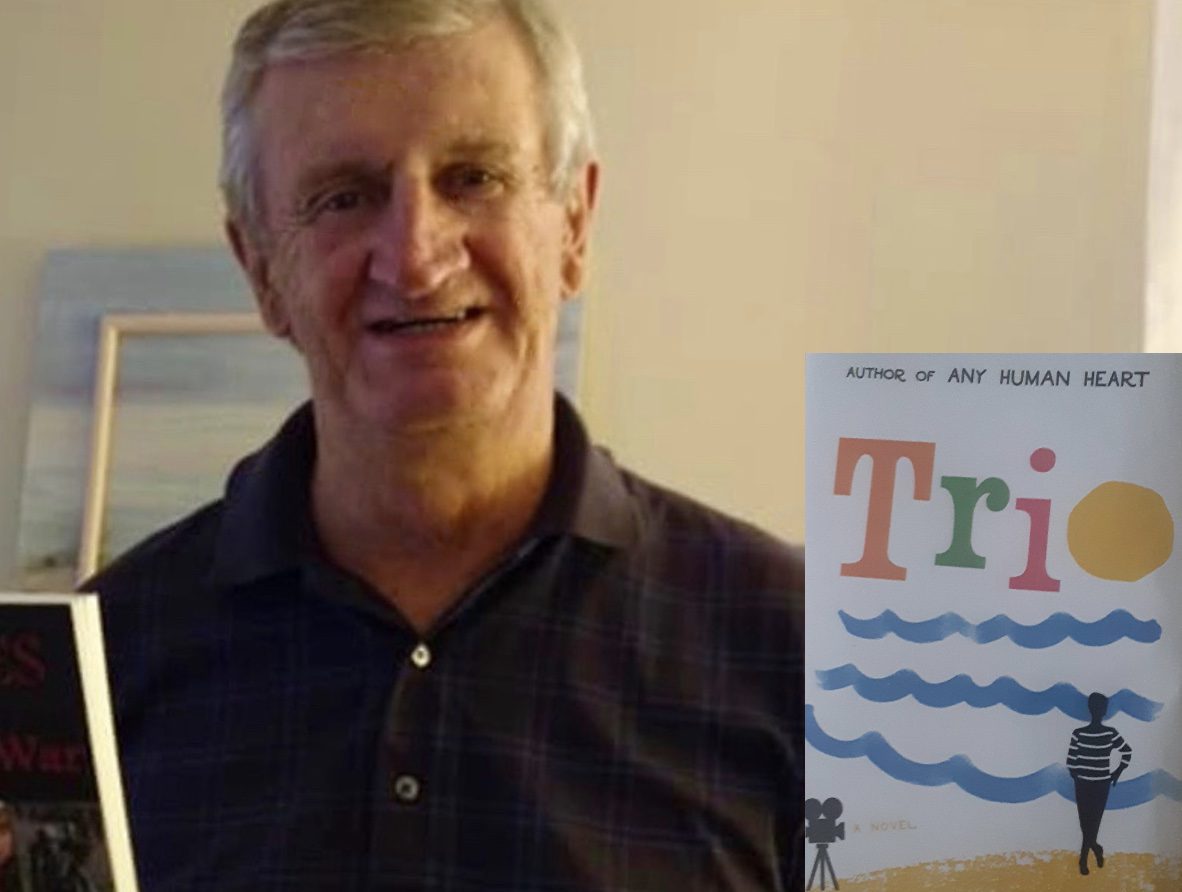 William Boyd’s newest novel, Trio, is definitely not a tribute to the wonderful sanctity of marriage. Within three main characters, our trio, we have one alcoholic writer whose husband has had many affairs, one prescription pill addicted actress whose ex-husband is an escaped convict and one movie producer, long married father with two grown children, who late in life suspects that he is gay. A novel populated by writers, actors, agents and film producers is bound to involve; bruised egos, jealousies and psychosis.

Trio’s action takes place in 1968 on the set of a movie, absurdly titled, Emily Bracegirdle’s Extremely Useful Ladder to the Moon, being filmed in the seaside town of Brighton in the United Kingdom.

Elfrida Wing is the first character introduced and she is rarely seen without a strong drink in her hand. A stalled novelist, her last novel published ten years earlier, she spends her days and nights writing hundreds of pithy titles for books she never writes:

The Summer of the Wasps, Frenzy, The Acrobat, Drop Dead Gorgeous, Mystery in a Small Town… etc. Her earlier success had critics proclaiming her as the new Virginia Woolf. This comparison to Woolf, who committed suicide, haunts Elfrida, stymies her own writing and evolves into a dangerous obsession. Elfrida is married to Reggie Tipton the philandering director of Emily Bracegirdle’s Extremely Useful Ladder to the Moon.

Talbot Kydd is the producer of the movie. An accomplished man, just past middle aged with more than a dozen film credits to his name, he wakes one morning from a vague dream of a naked young man walking out of the modest English Channel surf greeting him with a wave.

Slightly frazzled Talbot ruminates that… “He was wealthy enough, contentedly married, in good health, his children grown up and thriving, after a fashion…So, what was chafing at him?”.  Shaking off his ennui, temporarily, he heads to the film’s scene location to conquer the daily travails of filming a major motion picture.

The last of the trio, Anny Viklund, is a 28-year-old American actress playing the lead role in Emily Bracegirdle’s Extremely Useful Ladder to the Moon. Having appeared in several hit movies she is a well-established, bankable star. Despite this her life is filled with anxieties including the sudden reappearance of her former husband who is wanted in America by the FBI for bombing a building in a political protest. Anny relieves her stress with an ever-increasing diet of subscription medications and a side affair with her young screen co-star, Troy. She struggles to hide both dalliances from the film crew and her partner, Jacques, who lives in Paris.

The author entwines the fates of this trio of people to create a lively, well drawn world of talented people who struggle, some more successfully than others, to overcome their neuroses and land in a better place.

William Boyd is a Scotsman born in Ghana who spent his early years in Nigeria and was educated in Europe. He has published 16 novels and 5 short story collections accumulating numerous accolades including Scottish Writer of the Year in 1991.