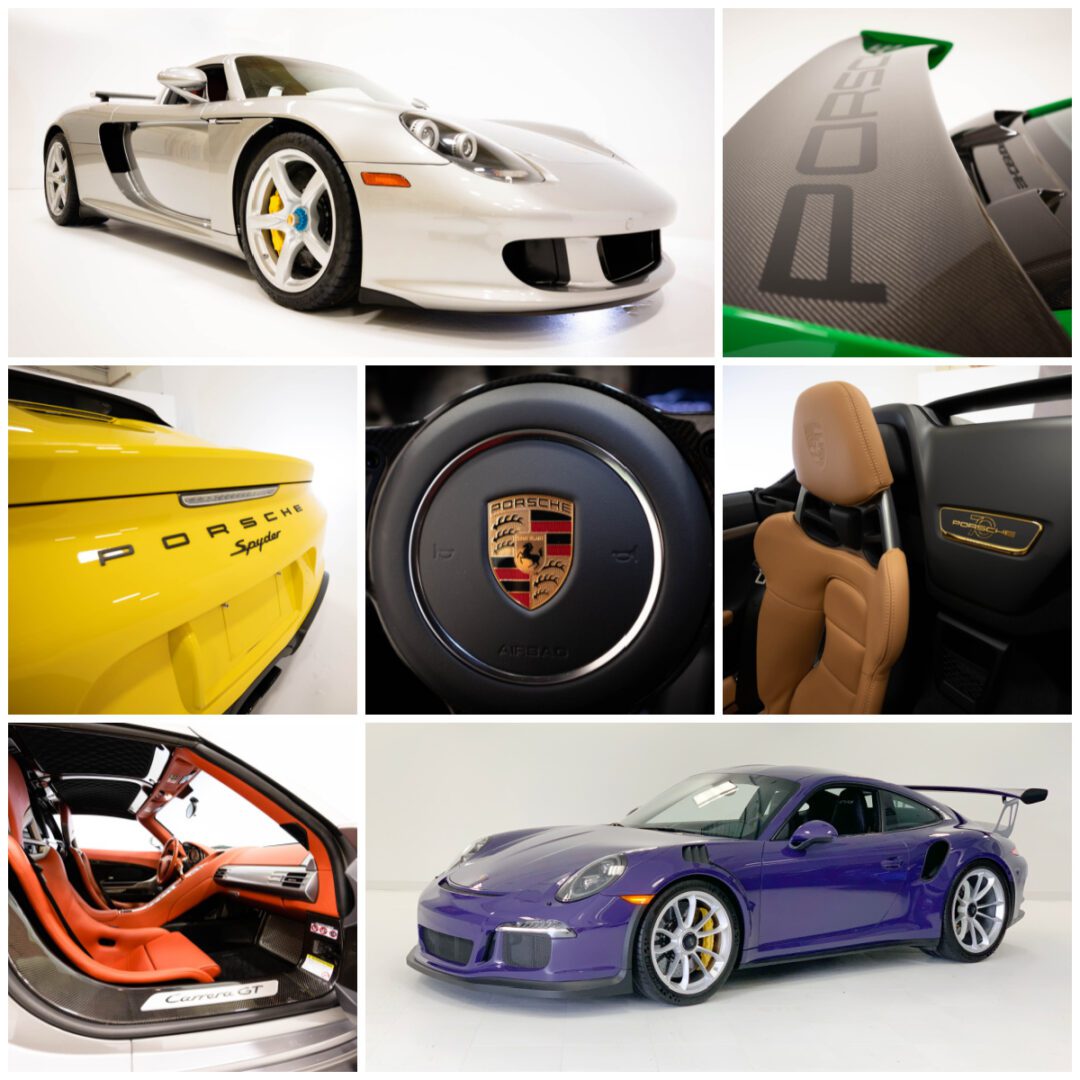 The Newport Car Museum in Portsmouth, R.I. is adding a Pop-Up Porsche Gallery to showcase new additions to its already expansive collection of beautiful, exotic, and rare cars. The Gallery will open on May 1st.

The Museum is housed in the now-iconic “Big Red Building” that visitors find hard to miss when they travel by car to Newport, R.I. from Boston, Mass., and other points north. Until now, an impressive 80,000 square feet of Museum space has showcased over 75 cars in six galleries.

One of those galleries, for World Cars, will remain home to five Porsches (among other marques), while the all-Porsche Pop-Up Gallery, to open May 1 in the Museum’s centrally located 5,000 sq. ft. event space, will bring in nine new cars.

“When we opened in 2017, we made a promise to ourselves to always keep things fresh,” said Newport Car Museum Founder Gunther Buerman, explaining that switching out cars and bringing in new ones is not an uncommon occurrence.  “We love it when members and visitors are excited to come back, knowing they can see something they didn’t see the last time.”

For first-time visitors, the collection is all but mind-blowing, with exquisite examples of “cars as art” in additional galleries for Ford/Shelby, Corvette, Fin Cars, Mopars and Muscle Cars. The collection covers seven decades of modern industrial automotive design, starting with the oldest cars from the 1950s, including a bright yellow 1954 Buick Skylark Convertible and jet-black 1954 Kaiser Darrin 162 and finishing with newer models from the 21st Century, including a sleek 2019 Corvette ZR-1 convertible and a power-hungry 2019 Dodge Demon as well as two new 2019 Porsche additions: the Miami Blue Porsche Speedster and silver Porsche Speedster Heritage.

All of Newport Car Museum’s cars are perched on low platforms or turntables, and no barrier ropes are used so that visitors can get up-close and personal with favorites. Award-winning historical videos commissioned for each gallery add to the experience, as do friendly, knowledgeable volunteer docents who can answer questions. “Hoods Up” events, hosted both days of every second weekend of the month, allow inspection of the entire collection’s engines. (All Porsches will be included in the next Hoods Up, scheduled for May 8-9.)

More About Newport Car Museum
Within 18 months of its 2017 opening, the Newport Car Museum was included in USA Today’s “Top 10 Best New Attractions” and named Yankee Magazine’s “Best Specialty Museum.” It has earned Trip Advisor’s Certificate of Excellence and Travelers’ Choice designation for 2020 and has won an award from the National Association of Automobile Museums for its originally produced historic videos. The Mid-Century modern furniture pieces that have been integrated into the artistic stylings of the Museum are by iconic designers such as Charles and Ray Eames, Florence Knoll Bassett, Arne Jacobsen and Hans Wegner.

Allowing plenty of room for social distancing and exchanging inside air for outside air every 40 minutes, the Museum has been a comfortable place for visitors during COVID-19 restrictions, which are now easing in Rhode Island.