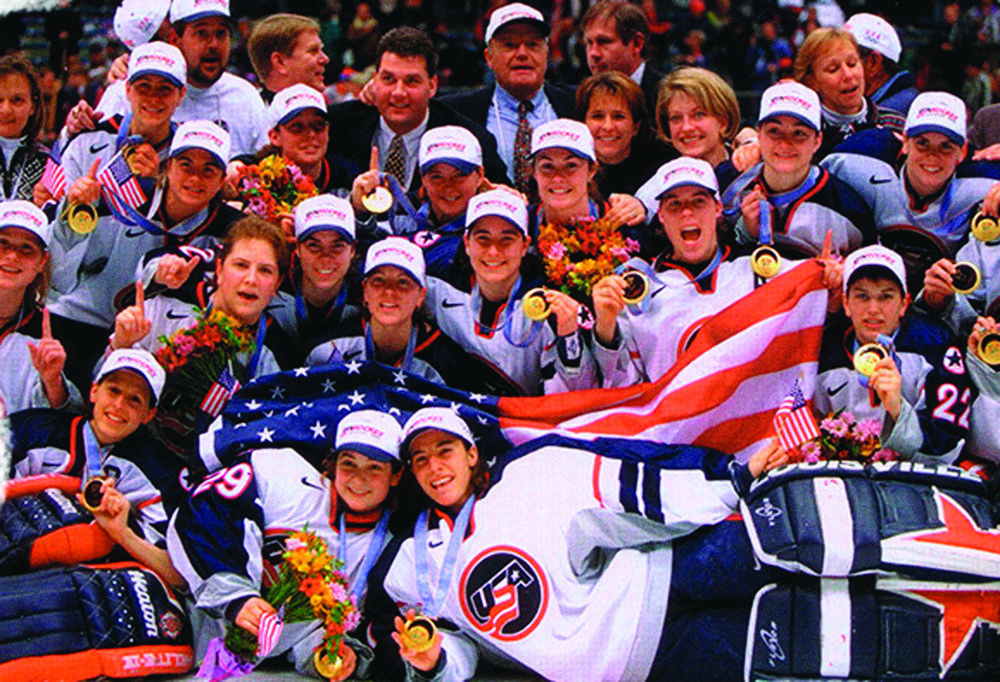 Title IX. And women have never looked back – by John Cardullo

Since Title IX was enacted Girls and Women’s sports have never been the same and the Ladies have never looked back!

It was bound to happen eventually; girls and women have been making huge advancements in sports for years. After the Supreme Court ruled in favor and passed title IX in June 23,1972, giving women equal rights in participating in as many school supported varsity sports as their male counterparts. Leading up to that decision, girls and women played for their high schools and colleges in what was nothing more than a glorified intramural program. When that restriction was lifted the ladies took off and never looked back. It was not an easy path but for those girls and women who walked it, the benefits have been worth it. College opportunities, professional careers and a closing of the gender gap that hasn’t been seen before.

Finding now that their programs are being taken as serious and on an equal level as the men’s sports. When the women were able to play competitive sports, they showed the world that they could play! They played on the high school level, the collegiate level, and on the worldwide Olympic stage, the United States Women’s teams began to dominate in the newly added Olympic sports: Women’s Hockey, Women’s Basketball, Women’s Softball and Women’s Soccer. The trend caught fire and both girls and women began and continue to compete in all sports, and they are succeeding for all to see, especially those young girls who watched and started to dream and set goals of their own.

Girls youth premier programs in virtually every sport began to sprout up and the sheer numbers of participants were staggering. As girls began to raise the level of competition against other girls, most thought that they hit the ceiling, but for others they knew deep inside there was more; more challenges and more mountains to climb. It had begun, some say it began in the 1970s when an exhibition tennis match between Bobby Riggs called out then women’s tennis champion Billie Jean King in a tennis match that was called “The Battle of the Sexes” a made for television event where the villain, and chauvinistic and arrogant Riggs taunted King leading up to their historic match. When the match took place, King destroyed Riggs on the court, but the bigger message was sent to all girls and women all over the world, women can not only play at the same level as men, but they can beat them and win!

Since then, girls have played on the same fields as boys and women have done the same against men. It is not uncommon to see girls take to the field with boys on the youth sports level, and when the spotlight of national television shines on the Little League World Series, recently not only have girls been on these teams but in some cases they have been dominating the sport. At first it was hard for the boys to accept, but after watching these girls play, acceptance has been rather quick. Girls of all ages began to cross that invisible line and try out and make what were traditionally boy’s sports teams such as football & hockey (Rhode Island’s own Sara DeCosta played goalie when the Toll Gate hockey team dethroned the mighty Mt. Saint Charles Hockey team who had won 22 straight state championships). DeCosta was not a flash in the pan; she was the real deal, the starting goalie for Toll Gate, then onto the Providence College Lady Friars capping her brilliant career on two Olympic medal winning women’s hockey teams. Lately, Cranston West’s Madison Alves was a starter on the Falcons girls Soccer team and moonlighted as the Football team’s kicker.

But it was Sara Fuller who make the history books when she put on a uniform for the Vanderbilt Commodores. A player on the Women’s Soccer team went to an open try out after the regular kicker was injured. Fuller was put in and dressed for the team for their next game. Her contribution in her first game was kicking off to open the second half. This made Fuller the first woman ever to dress and play in a Power Five game. The following week, Fuller made history when she kicked an extra point in the first half against Tennessee. This made her the first woman ever to score points in a Power Five football game. Fuller said after the game, “I just want to tell all the girls out there that you can do anything you set your mind to. You really can, if you have that mentality all the way through, you can do big things.”

Two week earlier when she made her debut she said, “I think that it is amazing and incredible. But I’m also trying to separate that because I know that this is a job I need to do, and I want to help the team out and I want to do the best that I can. Placing the historical aspect aside just helps me focus in on what I need to do. I don’t want to let the team down in anyway and it’s an honor they called on me to be able to do this and help them out. “Fuller joins Katie Hinda and April Gross as the only women to play in an FBS game. Hinda kicked two extra points for New Mexico and Texas State in 2003. She transferred to New Mexico from Colorado where she would dress for games but did not play. Gross played at Kent State and kicked an extra point in a game against Delaware State in 2015.

We are now living in an age where women are more than making their marks on what were traditionally male dominated careers in professional sports. The Miami Marlins named Kim Ng the first female General Manager in Major League baseball history. Sara Thomas is the first Official in the National Football League, hired in 2015. In an interview Thomas said that she never set out to be a trailblazer, but that is what the 47-year-old became when she was named as the NFL’s first full time female official in 2020. Finally, Jen Welter became the first female coach in history when in 2015 the Arizona Cardinals hired her to an intern coaching position. All these women are unique now because they are the first, but soon they will be part of the many women that will rise to the ranks of all college and professional sports. There will come a time when these ladies will routinely be named to all those good ole boys, dominated positions, why? Because they will be the be person for the job. The future has started to arrive!