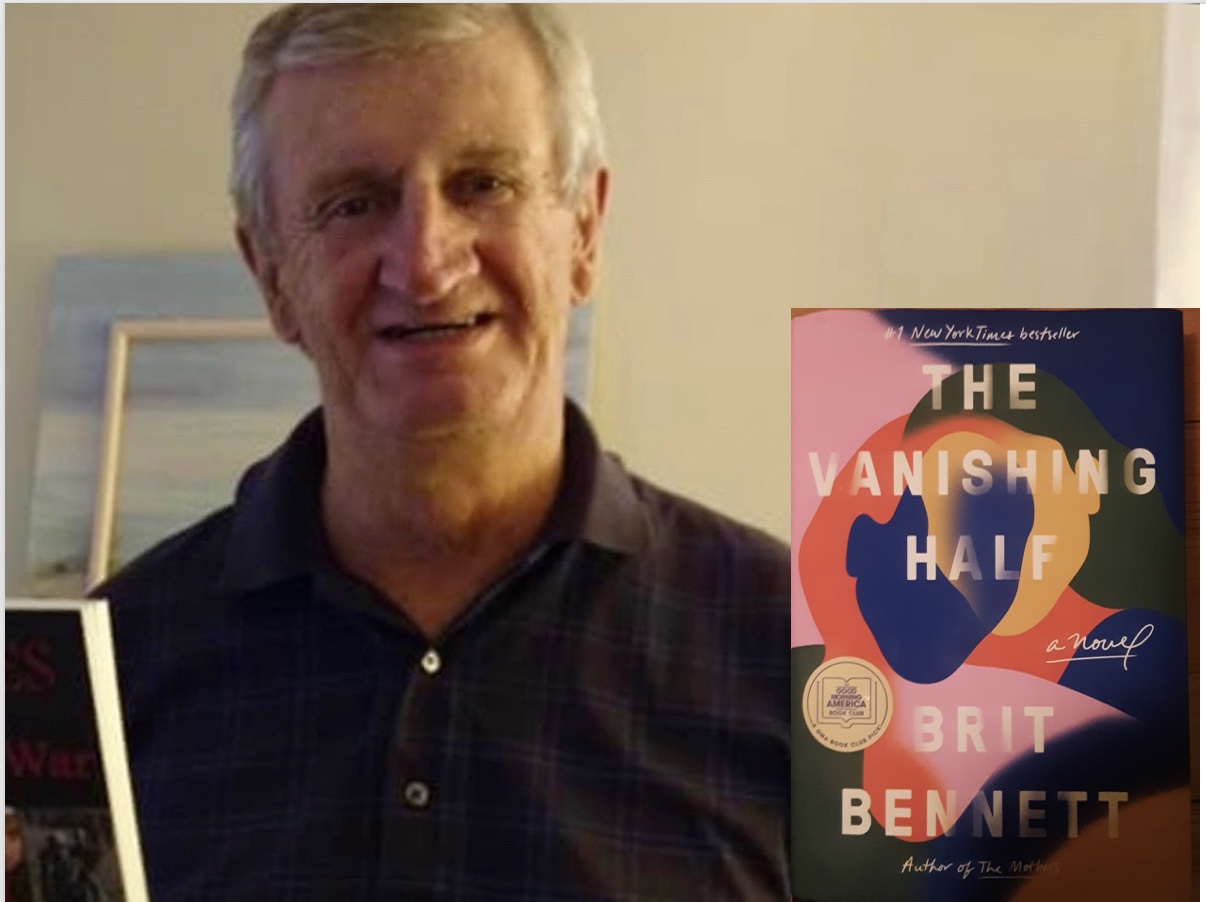 The Vanishing Half – a book review by Jim Raftus

THE VANISHING HALF  by Brit Bennett

Three prime elements in the formula that can determine one’s life.
What race do you belong to?
Who do you love?
How are you accepted?

Brit Bennett brilliantly dissects these questions in her latest novel, The Vanishing Half. Twin sisters, Desiree and Stella, born inside a small black community in Louisiana during 1938 serve as the catalysts for this fifty years long family saga.

The hometown, Mallard, is so vividly rendered, and critical to the story, that it acts as a character. A cloistered, insular place buried deep in the Creole parish of St. Landry where a person’s skin tone is paramount in how they are received. Generations of its citizenry have purposely married light toned spouses and eschewed relationships with darker blacks. It is a form of hierarchy, and racism, which still exists in some areas today.

Desiree and Stella are described as, “Twin girls, creamy skin, hazel eyes, wavy hair” and also, “ …with skin the color of sand barely wet”.  Both sisters feel trapped by the smallness of Mallard and are forever haunted by witnessing their father dragged from the house and murdered by white men when they were young. At 16 years old they secretly escape to New Orleans.

Readers of The Vanishing Half are told on page 4 that, “…after a year (In New Orleans) the twins scattered, their lives splitting as evenly as their shared egg. Stella became white and Desiree married the darkest man she could find.”

This astounding early revelation allows Bennett to reverse engineer her plot, shifting back and forth from 1954 when the sisters left Mallard, to a final funeral scene set in 1986. What a complex, imaginative plot she offers!

Stella’s journey of choice is known colloquially as “passin’ over”. Completely denying your blackness and submerging yourself in the white culture. This deceit is fraught with peril, anxiety and guilt. Rejecting one’s family never becomes easier with the passage of time. For Stella’s family, and the residents of Mallard, she becomes the vanishing half.

Each twin eventually has a daughter, but remain unaware of their nieces’ existence. True to their life choices, Desiree’s daughter, Jude, is, “Blueblack, like she flown direct from Africa” while Stella’s Kennedy is described as, “…perfect: milky skin, wavy blond hair, and eyes so blue they looked violet”.
Jude’s eventual search for her long lost aunt propels her into Kennedy’s life in California where she is a struggling, young actress. Jude also meets Reese Carter a young, transgender black whose sexual evolution she lovingly embraces. Reese’s best friend, Barry, is a high school chemistry teacher from Santa Monica who performs as Bianca two Saturday nights a month in a small drag bar.

Clearly Bennett has created a world populated by characters searching to find their true identities and be accepted as who they wish to be.

Given the time span of the main story line from the 1950’s to the late 1980’s their personal journeys occur during some of the most transformative times in America. The Jim Crow south, the civil rights movement, the assassinations of John and Bobby Kennedy plus Martin Luther King Jr., Vietnam, and the advent of AIDS all shaped public opinion and perception of what it means to belong in America.

Bennett very subtly uses this history as a quiet backdrop to her character’s development.

The Vanishing Half  has been selected one of the ten best books of 2020 by the New York Times and reached #1 on their best sellers list.

Bennett’s work achieves what the best writing strives to do, bring readers into a different existence and make them reflect on the fortunes of others.