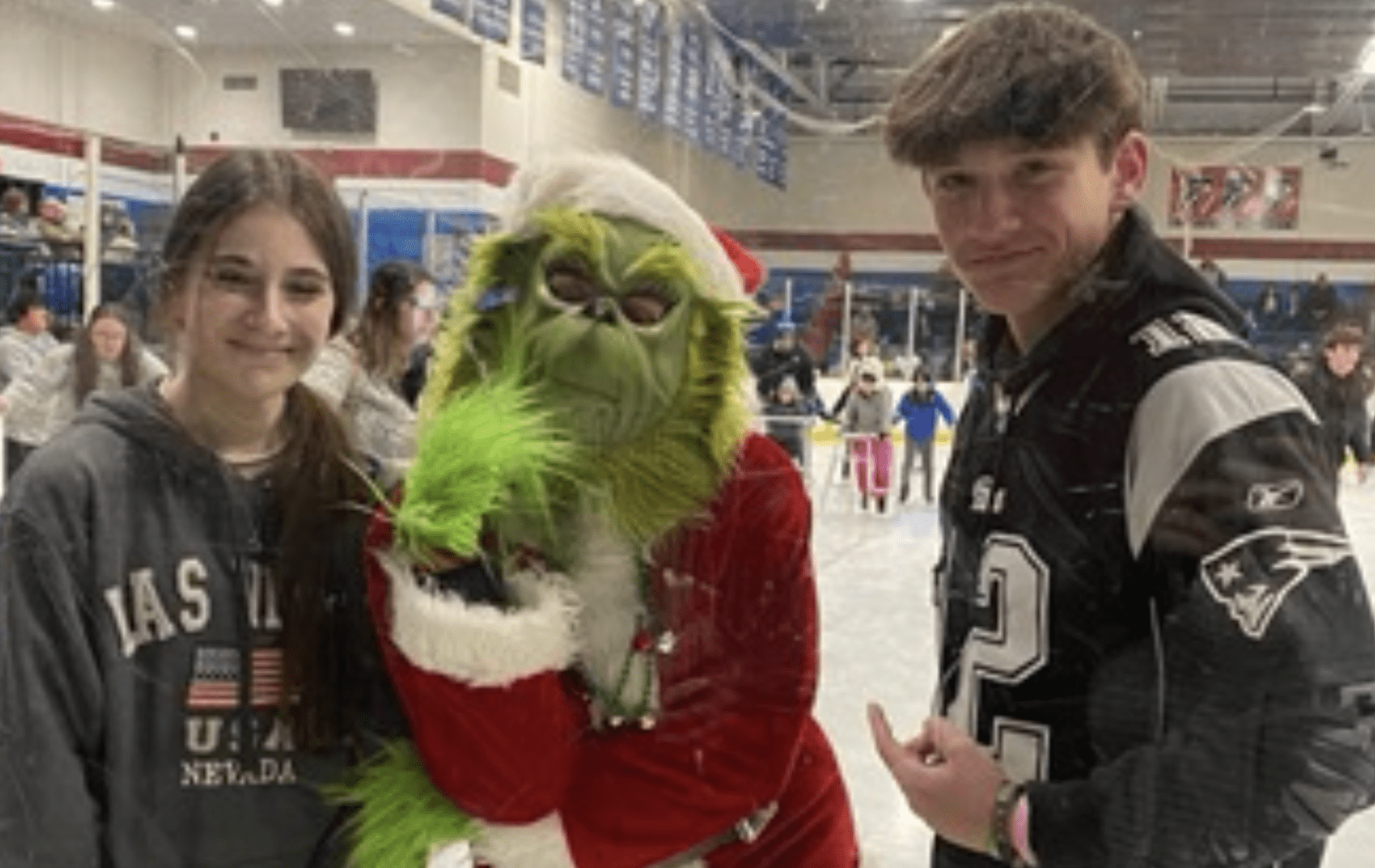 The spirit was with them – in Warwick with Mayor Picozzi, Parks & Recs – John Cardullo

Sunday night was a joyous night for the hundreds of Warwick residents and others who frequent the Warwick public pool and parks and recreation services.

Beverly Wiley addressed the crowd; welcoming them all. This took place in front of Thayer Arena. A circle of food trucks formed a perimeter around the front of the venue, while in the center was an ice carver honing his craft.

Mayor Piccozzi welcomed the hundreds of people who showed up for the festivities. The Girl Scouts sang Christmas carols and the Carolyn Dutra Dancer performed for the crowd before the Mayor counted down until he hit the switch, and lite the Christmas Tree lights.

The crowd entered the Ice Rink and was treated to a precision ice skating performance by the Superettes. A DJ kept the music festive as people took to the ice for a free night of skating.

Along the outside of the rink where tables were set up by sponsors and business partners who helped produce the evenings events. There were craft tables where you could paint your own tree ornaments, and a fresh popcorn machine kept pumping out fresh popcorn all evening. Inside, food vendors offered cookies, donuts and both hot chocolate and coffee to anyone who wanted snacks. Speaking of snacks, one table was offering snack bags to feed the reindeer.

Although the Grinch was in attendance trying his best to steal Christmas yet again, by the end of the night, the Grinch and Santa Claus were hanging out with photos to prove it!

Speaking of Santa, he and his elves were talking to children of all ages who gave him their wish list for Christmas.

This community event turned into a community celebration. A food drive coincided with the event and filled several food collection bins.

The star of the night was the Thayer Ice Arena. Free skating was a draw, but nobody thought that several hundred people would be in attendance to skate and coupling the tree lighting, food truck, free skating and a food drive was successful across the board.

Plans are already being made to make next year’s event  even bigger!

The Carolyn Dutra Dance studio local dancers had many family members in the audience, too. See all the participants in the notice, below.

Just some photos to sense the spirit of Christmas and the holidays – alive and kicking in Warwick!