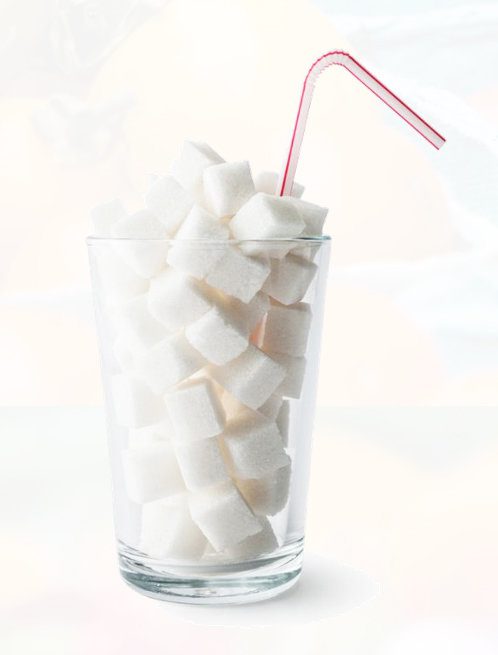 Under the advocacy of the R.I Public Health Institute, the new tax law would seek to reinvest the money raised in additional SNAP benefits to fight food insecurity – A new law would create a tax on sugary drinks in Rhode Island, then channel the revenue into increased SNAP incentives to enable purchases of more fruits and vegetables.

Dr. Ashish Jha, the dean of the School of Public Health at Brown University, and his colleague, Dr. Megan Ranney, director and founder of Brown University’s Emergency Digital Health Innovation program, have captured the limelight of media attention during the coronavirus pandemic, appearing on a regular basis – sometimes daily – on national cable news networks to talk about all things COVID.

A colleague of theirs, Dr. Amy Nunn, the executive director of the R.I. Public Health Institute, has also been making waves in addressing critical unmet needs in health care – but under the radar screen.

Under Nunn’s leadership, the Institute has created the Open Door Health Clinic, the first clinic to focus on the health needs of LGBTQ patients in Rhode Island. [See link below to ConvergenceRI story, “We help you to be you.”] The Rhode Island Public Health Institute has also been working with the Latinx community in Providence to create better access to testing and vaccines for COVID-19. [See link below to ConvergenceRI story, “Meeting the unmet needs for testing.”]

Further, the Institute has continued to promote its mobile food market, selling fresh fruits and vegetables to underserved communities, through its signature program, “Food on the Move.” [See link below to ConvergenceRI story, “Bringing the market for healthy, affordable foods to the neighborhoods.”]

The latest focus of Nunn’s advocacy is to enact legislation that would establish a 1.5 cent per ounce tax on sugary drinks in Rhode Island, with the money raised to be reinvested in SNAP incentives to make it easier for low-income Rhode Islanders to purchase fresh fruits and vegetables, in order to reduce food insecurity and promote health equity.

According to Nunn, the proposed tax on sugary drinks in Rhode Island would create approximately $45 million a year, which would then be reinvested in SNAP benefits through EBT cares.

Last week, proponents of the legislation, known as “The Sugary Drinks Tax,” testified at a hearing before the House Finance Committee on Monday, May 3.

The intent of the proposed legislation, House 5715 and Senate 0327, is to: “Increase access to and promote consumption of fresh fruits and vegetables among Rhode Island’s most vulnerable populations whose health is adversely impacted by the health conditions associated with sugary drinks; improve the overall health and wellness of Rhode Island families, children and residents; and reduce the burden of chronic disease in the Ocean State.”

Here is the ConvergenceRI interview with Dr. Amy Nunn, ScD, MS, the executive director of the Rhode Island Public Health Institute, and a professor of Public Health and Medicine at Brown University.

ConvergenceRI: How did things go yesterday at the committee hearing?
NUNN: Amazing. We outlasted industry [laughter]. Our bill was one of the last ones up [to be heard].

We were still testifying at 10:20 p.m. and by then, I think, all the people from Coke had folded. The folks from Coke and Pepsi didn’t show up. We had testimony from a great [number of] people. I think this bill has a lot of momentum.

ConvergenceRI: Could you describe to me, in your own words, what the legislation is and what it does?
NUNN: This is a bill, in the R.I. House, it’s H 5715, and in the R.I. Senate, it’s S-0327, which, if enacted, would establish a 1.5-cent per ounce tax on sugary drinks. That revenue from the tax would be reinvested in SNAP incentives. We think it would generate about $45 million per year.

ConvergenceRI: Is that money for all Rhode Islanders?
NUNN: It’s for people who use EBT [electronic benefits transfer] cards. So, [recipients] of SNAP [Supplemental Nutrition Assistance Program] benefits would get what we call a SNAP incentive, which would double their purchasing power when they buy fresh fruits and vegetables.

ConvergenceRI: Did the committee appear receptive to your testimony?
NUNN: They appeared to be very receptive. We had an amazing turnout from the advocates. People were overwhelmingly receptive to the idea [of a tax on sugary drinks] and also the reinvestment in promoting healthy eating among people who shop with SNAP.

ConvergenceRI: You sound optimistic.
NUNN: I am. I think that what we really need now is a groundswell of community participation in our lobbying and advocacy efforts. The most important thing is for people to contact their legislators if they are in favor of it. And we have a tool that you can use on our website to do so.

ConvergenceRI: If you were to frame this work, how does this relate to your other efforts around public health that the R.I. Institute for Public Health is involved with.
NUNN: We work on public health service programs, research, and also advocacy.

And this is a statewide advocacy campaign focused on reducing disparities in access to fresh fruits and vegetables.

ConvergencRI: How does this connect with your efforts with Food on the Move?
NUNN: We run a very large SNAP incentive program, which serves about 5,000 low-income Rhode Islanders. We have developed a scientific evidence base for our approach.

We found that when you provide people with SNAP incentives, they do in fact change their eating behaviors, and they eat healthier [foods]. Our mobile produce market only has the capacity to serve a limited number, not a small number of people, but a finite number of people.

We think offering something like this in grocery stores would go a long way to advance health equity and to give a program like this an opportunity to serve more people.

ConvergenceRI: I know that you have conducted a lot of research around this effort. And, there have been findings about this work by U.S.D.A. about the value of your program. Is there similar evidence about how a tax on sugary drinks and its improved health outcomes you can point to?
NUNN: There is a large body of research showing that when you tax sugary drinks people switch to water. That has borne out in some of the places around the country that have implemented this kind of tax, such as Philadelphia, Boulder, Colorado, and Berkeley, as well as Mexico and some other places in Europe.

We know that when you put on tax on sugary drinks, people change their behaviors. Similarly, when you make fresh produce more affordable, people will buy and consume more of it.

One problem is that people living in poverty can’t afford to eat fruits and vegetables as much as they would like to.

The idea behind this bill is to make such healthy choices more acceptable, so that people can consumer more healthy foods.

ConvergenceRI: Every one is learning new lessons because of the COVID pandemic. How has the pandemic influenced and changed your work?
NUNN: The COVID pandemic – and the resulting economic challenges, has really affected people’s ability to eat healthy foods.

A lot of people have lost their jobs, particularly those who were working in the food service or hospitality industry, making it more difficult to be able to buy enough fruits and vegetables.

Not just that, but there are a lot of people going hungry in Rhode Island; we have record high rates of food insecurity in the state right now.

Our response to that crisis has not really been commensurate with the scope of how bad the food insecurity crisis has become.

The tax on sugary drinks and the increases in SNAP incentives would go a long way to help people who are struggling or who are going hungry right now.

ConvergenceRI: Is there much crossover in the populations you are serving with your different initiatives?
NUNN: Those programs are not really connected. And I don’t think they need to be.

I think the common denominator is that there are still big gaps in health disparities of all kinds in Rhode Island. Our LGBTQ population fares poorly, worse than straight folks, for a lot of different diseases, both infectious diseases like STDs and chronic diseases like diabetes, depression and cancer.

The same can be said for our Latinx community, which has been disproportionately impacted by COVID. So, the common denominator across of all our programs is health equity.

Each of the programs is designed to address health equity, and they all respond to different public health problems, often serving different groups of people.

ConvergenceRI: What haven’t I asked, should I have asked, that you would like to talk about in terms of the effort to enhance SNAP benefits through a tax on sugary drinks?
NUNN: I think we need to be mindful of the beverage industry’s shady, unethical practices. They engage in predatory marketing toward children, encouraging children to start drinking soda at a very young age. And that creates [a pattern of] life-long unhealthy habits.

They also engage in fear mongering, promoting fear and falsehoods about the sugary drink tax. For example, they say that [the tax] will create unemployment, and that it will hurt small businesses. But if you take a really good look at all of the science on that, none of that has been borne out. They can do just fine by selling seltzers and less sugary drinks.

So, I think we just need to be mindful of the things that they are doing to manipulate the public health dialogue.

ConvergenceRi: Would you liken it to the battle against smoking and the disinformation about tobacco products?
NUNN: Yes. I think for a long time, the tobacco industry denied that tobacco was harmful. Then they recognized that the science was not going to work in their favor, and they started acknowledging that tobacco was bad for you.

We had to chip away at the tobacco industry for decades before they would acknowledge that tobacco was unhealthy and that it was addictive. This is similar to the challenge we are facing with sugary drinks. I really believe that the time to act is now.

We have to start making it more difficult for them to promote unhealthy beverages, particularly to people of color and to children, who are disproportionately impacted by diabetes and obesity. In Rhode Island, we have among the highest rates for obesity in the country. The beverage industry, in my opinion, is deliberately targeting Hispanic kids, and I think that is unconscionable. And it needs to stop.