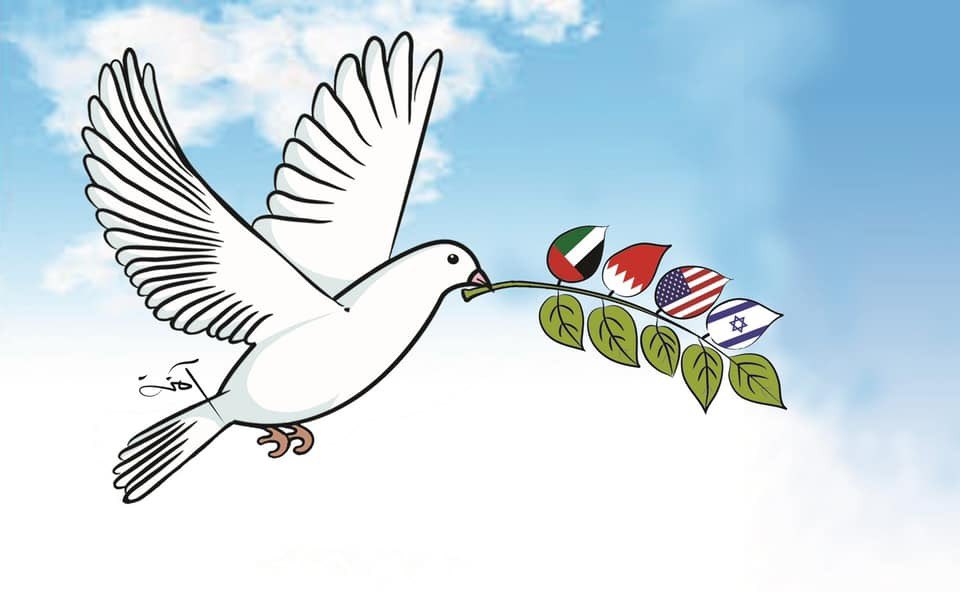 The Pivot to Peace in the Middle East

Photo: Image of the state of Israel’s Twitter account in reaction to the signing of the Abraham Accords.

As groups often fight bitterly on US soil about politics, and polarization is causing strife from coast to coast, peace is breaking out across the world, particularly among the most unlikely of new friends, the Middle East.

Thinking back to the moving of the US Embassy to Jerusalem, with predictions of all-out war, after a short time, the heralded reaction did not come to pass. Observers expect the same eventual acceptance with this agreement and the one before.

Uniting in their determination to build a better future, leaders of countries came together to sign historic peace agreements between Israel and Arab nations, all towards establishing a fair and lasting peace between Israel and the Palestinians, as well as other nations.

President Donald J. Trump hosted the official signing ceremony for the historic peace agreements at the White House yesterday afternoon. Taking place outdoors, at a long conference table that had been moved outdoors, and in front of over 1,000 invited guests, the signing was not culminated with the usual shaking of hands.

The foundation of the peace agreements was between Israel and the United Arab Emirates (U.A.E.). Bahrain came to participate following their agreement with Israel last week.

The countries will now exchange embassies and ambassadors, and will begin cooperative programs in education, healthcare, trade, tourism, and security.

The US is anticipating more agreements – meaning increased security – will happen between Israel and other countries will follow, with as many as five or six other countries well in process.

Included in the agreement:

President Trump said at the ceremony on the South Lawn of the White House, “We’re here this afternoon to change the course of history. After decades of division and conflict we mark the dawn of a new Middle East. Thanks to the great courage of the leaders of these three countries, we take a major stride toward a future in which people of all faiths and backgrounds live together in peace and prosperity.”

The agreement will be known as the “Abraham Accords”. Netanyahu called the day a “pivot of history.” President Trump said, eventually, the Palestinians will come in, too.