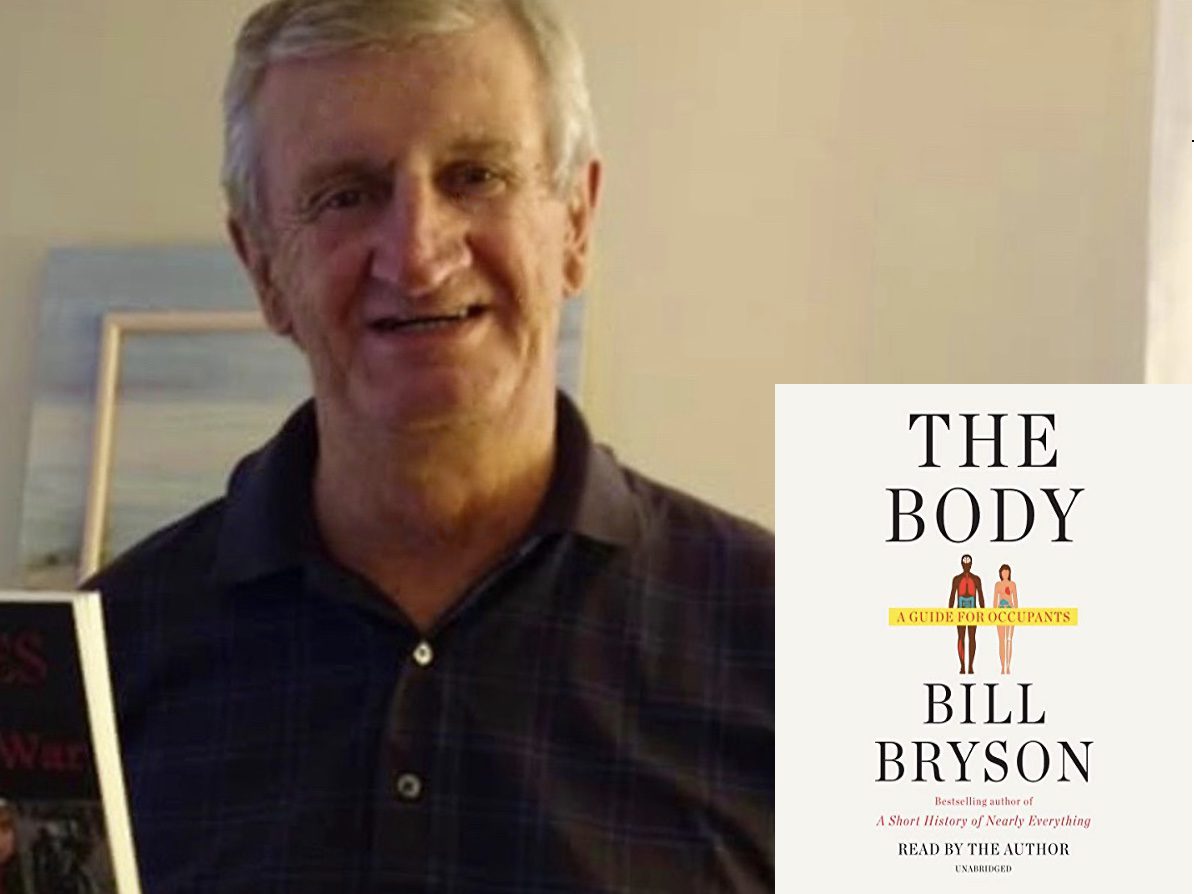 Bill Bryson, an expatriate American living in England since 1977, made his reputation, especially in the United States, as a travel writer. Nearly half of his 19 books, published starting in 1984, are travel related. They are intelligent, quirky and witty looks at locations such as Africa, England, Australia and America. Bryson is an astute, droll and often acerbic observer of the sights he encounters. Both praise and disdain are rendered with a wonderful supply of humor. His description of the dilemma faced by visitors to a museum in a remote Australian town when they receive a burdensome and heavy bag of travel brochures entering the facility is a typically hilarious insight. (In A Sunburned Country)

The publication in 2003 of A Short History of Nearly Everything came as a shock to happy readers of Bryson’s travel books. Weighing in at a hefty 548 pages, A Short History of Nearly Everything manages to live up to its audacious promise of covering nearly everything in the world of science. It displayed a talent and intellect even broader than what was perceivable in his well-received travel works.

Bryson’s latest effort, The Body – A Guide for Occupants, cements his reputation as so much more than a gifted travel writer. It’s as if Michelangelo had been hired to just paint the trim at the Sistine Chapel, then decided to take a shot at that ceiling.

In 23 chapters Bryson takes readers from the basics of how to build a human to the last gasps of life. In a sense, to Bryson, life is another journey. One he travels for 383 pages. Within this journey he dispenses wisdom, explodes myths, calls out frauds and lauds heroes in science and medicine.

Two overall themes for Bryson are simply the wonder of life and the complexity in the creation of the Homo sapiens species. He is generous in his praise of past and present scientist, doctors and researchers who dedicate their lives to sometimes arcane studies which may, or may not, lead to successful use in the medical field.

Amazing details and statistics are abundantly provided throughout the work:

You blink 14,000 times a day, so while awake your eyes are still shut a total of 23 minutes.
The length of all your blood vessels stitched together would encircle the earth two times.

In a chapter titled, “Food, Glorious Food” we learn some interesting and alarming facts:

We eat approximately 60 tons of food in an average life span. This equals 60 small cars.

Heinz Ketchup has more sugar per unit volume than Coca-Cola.

A couple of caveats for certain potential readers. If you are squeamish you may want to skip some of Chapter 9, “In The Dissecting Room: The Skeleton”. The opening section where Bryson describes his visit to the dissecting room at the University of Nottingham Medical School could be unnerving to some.

Hypochondriacs may want to avoid The Body all together and certainly shouldn’t stand in line for tickets if it’s ever made into a movie! (Not going to happen.) Descriptions, with photographs, of some procedures such as lobotomies performed by a Walter Freeman are graphic and disturbing.

Bryson delves into not only medical quackery but also criminal activity by large pharmaceutical companies often enough to make a human head explode.

The author’s voluminous research for The Body is obvious. As in A Short History of Nearly Everything he takes complex, technical and obscure subjects and makes them understandable and interesting to the average layperson.

Among many awards, Bryson was made an honorary Officer of the Order of the British Empire (OBE) for his writing in 2006. A year later he was presented the James Joyce Award by the University of Dublin.

In October 2020, shortly after publication of The Body, Bryson, at the age of 68, announced his retirement from writing. While hedging his bets by saying he’s, “ …treating retirement as an experiment so far this year”, he also added, “ I have masses of grandchildren and I would love to spend more time with them just down on the floor.”

Wonderful for his grandchildren, a melancholy image for readers who will miss his words.