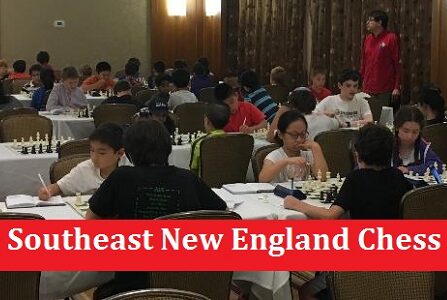 by Bob Salvas for RINewsToday.com

When a health crisis that calls for social distancing hits, what does a nonprofit organization do when most of its activities involve kids playing chess, face-to-face?

SENECA (the Southeast New England Chess Association), a 501(c)(3) nonprofit, is the official organization for chess in the state of Rhode Island. SENECA runs both adult and youth chess tournaments in the state and in nearby Massachusetts. Most of these events are for kids in grades K-12. For many years, the busiest month of the year for the organization has been March. March is the month for the RI Scholastic Chess Championship. Last year, that event alone brought together well over 100 kids.

Of course, March of this year was not like any other March in modern times. The COVID-19 virus took hold, and all the planned chess tournaments ultimately had to be cancelled. Faced with this crisis, SENECA decided to do the only thing it could do to keep the kids playing chess: go online.

The only online chess play sanctioned by the US Chess Federation is the type that is played in a quicker format. Ben Swiszcz and Eduardo Paguaga, both certified tournament directors and board members of SENECA, had to learn how to run a tournament through the website chess.com, as well as develop a process for submitting tournament results to the national organization. Normally, kids pay an entry fee to play in a SENECA tournament. But knowing that the parents might be dealing with unemployment or other financial hardships, SENECA decided to run these online tournaments at no charge.

The first official SENECA online chess tournament was held on Saturday, April 4, 2020, and it drew 51 players! The kids loved it (guessing that the parents did too!).  Since that initial event, SENECA has run 14 more online tournaments, all at no charge. Each tournament has averaged about 37 players. A total of 119 different kids have participated (most of them from Rhode Island and Massachusetts).

The plan is to continue to run these free online tournaments for as long as SENECA can afford to. SENECA’s operating budget in the past has mostly come from tournament entry fees with only a small amount of voluntary donations. To get more information about the online tournaments or to make a donation to SENECA, please go to www.senecachess.org.

The tournaments are for players in grades K-12 only, and they are free for all players. Players may play in as many tournaments as they wish. Active USCF membership is required.

Bob Salvas is a certified chess tournament director and the chair of SENECA’s board of directors.  Bob can be reached at 401-359-1602 or via email at monasterychess@gmail.com.