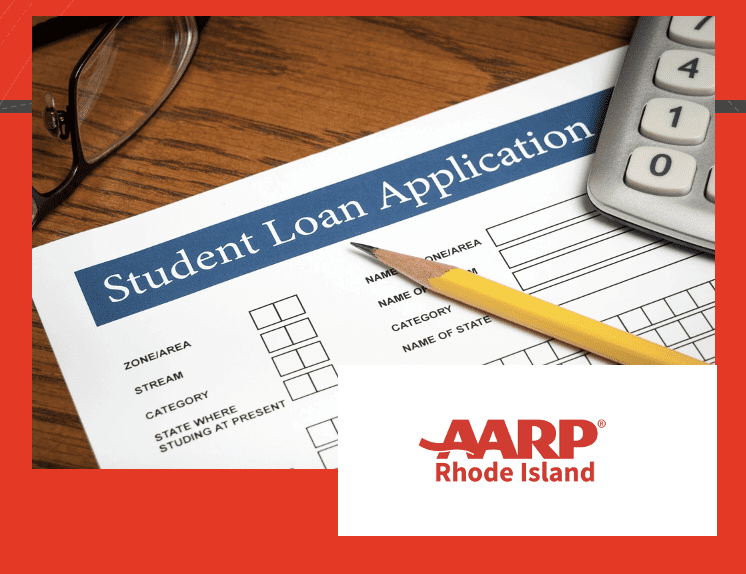 Over the years, AARP Public Policy Institute (PPI) has tracked the staggering amount of student loan debt that seniors are shouldering to help their children and grandchildren finance their higher education. Many people age 50 also take on student loan debt themselves, seeking more education at colleges and universities to sharpen up their skills to get a raise or a higher paying job.

AARP national CEO, Ann Jenkins, in a July 3, 2019 blog posting, “Student Loan Debt is Crippling too Many Families,” urged Congress and state legislatures to increase public investment in colleges and universities. “The cost of attending a four-year college more than doubled, even after adjusting for inflation, as state and local funding for higher education per student has decreased,” she said, noting that family incomes haven’t come close to matching that increase.”

Jenkins warned that the rising cost of student loan debt is “crippling too many families” and “threatens to crush the financial security of millions of Americans over age 50.” According to a PPI report, released May 2019, entitled “The Student Loan Debt Threat: An Intergenerational Problem,” cited by Jenkins in her blog article, Americans of all ages owed $1.5 trillion dollars in student loan debt as of Dec. 2018. Compare this to people ages 50 and older who owed 20 percent of this debt, or $289.5 billion of that total, up from $47.3 billion in 2004, she said, noting “that’s a fivefold increase since 2004.”

Most troubling, this 2019 PPI analysis, found that 25 percent of private student loan cosigners age 50 and older had to make a loan payment because the student borrower failed to do so.

The 2019 PPI analysis findings also indicated the obvious – that is, taking on student loan debt  can quickly deplete a senior’s retirement egg nest. The data revealed that many older student loan borrowers racked up debt by running a balance on a credit card (34 percent) and taking out a Parent PLUS loan, federal money borrowed by parents (26 percent). Other types of borrowing included taking out a home equity loan (12 percent), refinancing of their homes (10 percent), and taking out a loan against their retirement savings (8 percent).

Jenkins also noted that for seniors who defaulted in paying their monthly student loan payments, the federal government can recoup this money by taking a number of steps to collect, among them taking a portion of federal or state income tax refunds, withholding a percentage of Social Security retirement or disability benefits, or even garnishing some of the borrower’s wages.

Today, America’s seniors are still feeling the overwhelming financial weight of having to pay off student loan debt.

Last week, AARP’s PPI released a new report updating data on older student loan borrowers. Like its 2019 analysis, the newly released data in the report, “Rising Student Loan Debt Continues to Burden Older Borrowers”, revealed that student loan debt is still a staggering problem across generations: Americans 50 and older held $336.1 billion, or 22 percent, of the $1.6 trillion in student loan debt in 2020. In 2004, older borrowers accounted for 10 percent of the $455.2 billion student loan debt.

“Student loan debt is becoming a burden for all generations, ensnaring more older adults and delaying or battering the retirement plans for many,” said Gary Koenig, AARP Vice President, Financial Security, in an AARP statement released on March 31, 2021. “Paying for higher education was never meant to last a lifetime.

That is why AARP is helping individuals take charge of their debt and financial security,” he said.

AARP’s newly released PPI analysis found that millions of borrowers – including as many as seven million individuals ages 50-plus – have had their payment suspension extended through September due to the pandemic. However, around a fifth of student loan debt – more than $300 billion – is not included in the current suspension.

“We’ve seen the generational impact of student loan debt, and we’re excited to work with AARP in helping older borrowers access immediate and long-term relief,” said Tobin Van Ostern, co-founder of Savi. “This is about changing the narrative and providing freedom from the burdens of student debt to those who need it most,” he notes.

“This new AARP resource provides a means for Rhode Islanders to form a clearer picture of student loan repayment that could help many clear up uncertainties and avoid potential additional costs,” said AARP Stated Director Kathleen Connell. “I urge older Rhode Islanders to get the Information they need, especially those whose retirement savings might be impacted.”

Any adult with student loans may use the on-line tool at no cost, after registering at AARP.org/studentloans. AARP worked with Savi to customize the tool for older borrowers and includes: Options for dozens of national and state repayment and forgiveness programs; synchronized federal and private loans across all loan servicers easily with industry standard security; support from student loan experts; and access to free educational resources.

According to AARP’s statement announcing the new online tool, the Washington, DC – based aging advocacy group has worked with Savi to provide this resource to low-income older adults at no cost through the AARP Foundation. As older adults are the largest growing age group of student loan borrowers, AARP, and Savi are committed to helping them access the tools they need to begin tackling their student loan debt.

AARP’s statement makes it very clear that its collaboration with Savi does not involve or promote student loan refinancing of any.

Herb Weiss, LRI’12, is a Pawtucket writer covering aging, healthcare and medical issues. To purchase Taking Charge: Collected Stories on Aging Boldly, a collection of 79 of his weekly commentaries, go to herbweiss.com