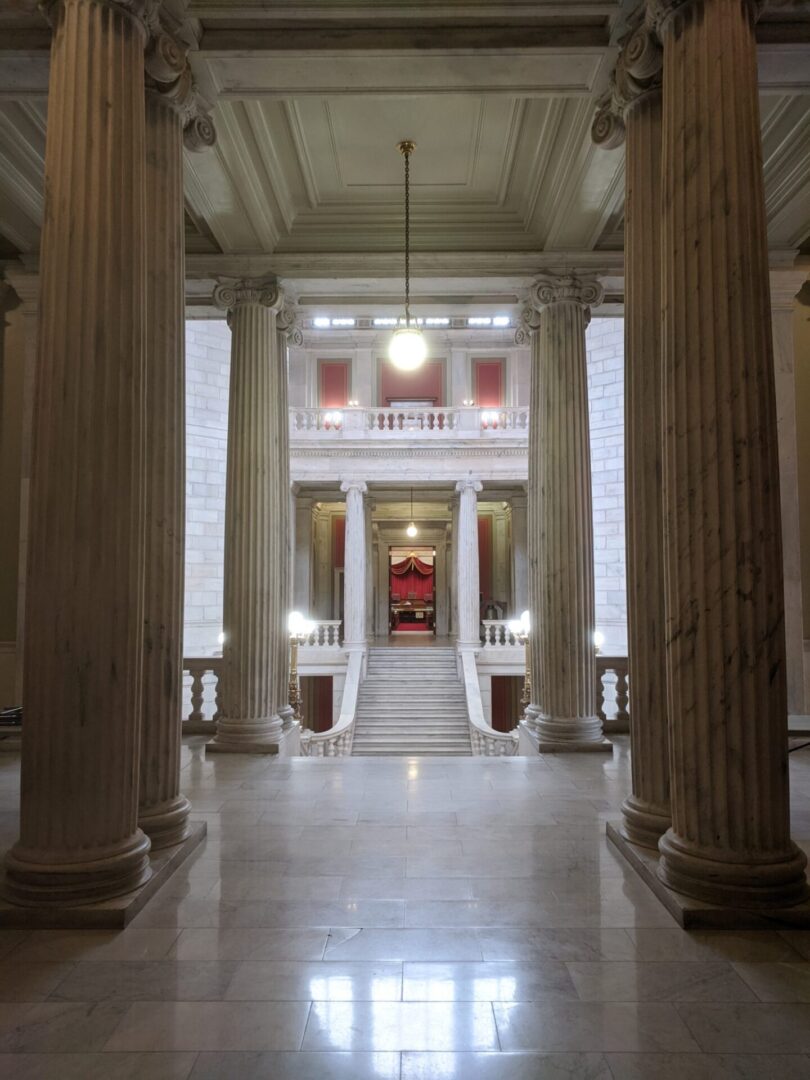 As the General Assembly winds down, the Senior Agenda Coalition of Rhode Island (SACRI) is tracking 16 House and Senate Bills along with FY 24 Budget Articles that have an impact on the state’s senior population. In a legislative alert, SACRI details a listing of 16 House and Senate bills and FY23 Budget Articles relating to care givers, mobile dental services, supplemental nutrition, housing, tax relief and home care worker wages. The state’s largest organization of aging groups is focusing and pushing for passage of the following four bills during the upcoming weeks.

SCARI puts on its radar screen S-2200/H-7489 to push for passage. The legislation (prime sponsors Senator Louis DiPalma (D-District 12) and Representative Julie Casimiro (D-District 31), establishes a process which would require Executive Office of Health and Human Services (EOHHS), assisted by a 24-member advisory committee, to provide review and recommendations for rate setting, and ongoing review of medical and clinical service programs licensed by state departments, agencies and Medicaid.

Meanwhile, DiPalma and Casimiro have also introduced S-2311/H-7180 to require a 24-member advisory committee to provide review/recommendations for rate setting/ongoing review of social service programs licensed by state departments/agencies and Medicaid. The House and Senate Finance Committees have recommended these measures be held for further study.

Ratcheting Up the Pay for Rhode Island’s Home Care Workers

In testimony on April 28th, SACRI’s Executive Director Bernard J. Beaudreau says, “Because payment levels for services have not been updated in years, especially in our current inflation ,levels, the low-pay level of direct care workers has created workforce shortages, impoverished workers and has put at risk our ability to provide proper care for our aging elder population.”

“Shamefully, an estimated 1 in 5 Rhode Island home care workers live in poverty and most have insufficient incomes to meet their basic needs,” says Beaudreau, calling for enactment of this bill to raise the wages of the lowest paid care workers as a top priority.

At press time, the Rhode Island General Assembly is hammering out its state budget for Fiscal Year 2023, taking effect July 1, 2022, to June 30, 2023.  SACARI calls on the state to make it a budgetary priority to address Rhode Island’s home care crisis.

According to Maureen Maigret, Chair of the Aging in Community Subcommittee of the Long-Term Care Coordinating Council, who also serves SACRI as a volunteer policy adviser and Board Member, says that the Governor’s budget calls for suspending use of an estimated $38.6 million in state funds which, by law, should be used to enhance home and community-based services. This law, says Maigret, is referred to as the “Perry-Sullivan” law after its sponsors.

Maigret calls for these funds to be used to increase home care provider rates so they may be fair and competitive to home care workers and increase rates for independent providers.  Many of these workers are low-income, women, and women of color, she says.

Rhode Island’s Property Tax Review Law, sometimes referred to as the Circuit Breaker Law, needs serious updating. Initially the law was enacted to help provide property tax relief for persons aged 65 and over and to those on SSDI, says Maigret.  It is currently available to those with incomes up to $30,000 (set in 1999) and provides a credit or refund up to $415 against a person’s state taxes owed.  Both homeowners and renters are eligible to a apply.

H-7127 and S-2192 would make hundreds of older Rhode Islanders eligible to participate by increasing the income cap from $30,000 to $ 50,000. Maigret notes that if these bills pass, a person with household incomes of $35,000 who is not eligible now could be eligible to get a refund of up to $850 next year. “These changes would provide direct relief against high property taxes and make Rhode Island more in line with our neighboring states of Connecticut and Massachusetts,” she says.

Finally, Executive Director Beaudreau testified on May 17th before the House Finance Committee, calling for the passage of H-7616, Reinstating the Department of Healthy Aging. “The time is long overdue for the state to re-invest in serving the needs of aging population,” he says, noting that “the state’s total population of 65 years and older has grown by 20% from 152,283 in 2010 to 182,486 today.”

Beaudreau testified that the “data clearly indicates that Rhode Island should be increasing plans, resources and services to meet the need of the state’s aging population, not cutting back.” The state’s budget has not kept up with the growth needed in the Office of Healthy Aging, charged with overseeing the state’s programs and services for older Rhode Islanders. “Additional funding is needed for increasing the Department’s staffing capacity and increasing financial support of Senior Centers serving thousands of older Rhode Islanders every say,” he adds.

But do not forget oral health of seniors, says SACRI.  According to the aging coalition, the importance of accessing quality oral health care in nursing homes is key to a nursing facility resident’s health, well-being and quality of life. Poor oral health care results in a higher incidence of, pneumonia cardiovascular disease diabetes, bone loss and cancer; all situations increasing the frequency of accessing medical care resulting in higher costs.

SACRI calls for the passage of S-2588 and H-7756, bills that would provide for reimbursement for patient site encounter mobility dentistry visits to be increased to $180 per visit. The state’s reimbursement for mobile dentistry site visits began in 2008, only in nursing homes, but failed to provide funding for dental care in other settings.

These bills would also expand the availability of this service to additional community-based group homes, assisted living facilities, adult day health and intellectual and developmental disability day programs. Passage of these bills will increase access to special populations who have difficulty in accessing basic dental services.

Reimbursement for this service has not increased since it was initially funded over 14 years ago and does not cover the cost of delivering this critical service, says SACRI.

For more details about SACRI, go to https://senioragendari.org/