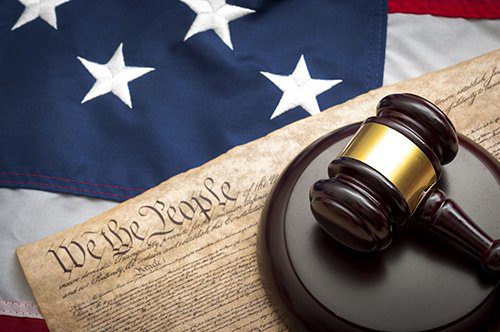 Update:  As of Monday March 7th 2022  a 3rd Modern Sporting rifle/High Capacity case has entered the halls of the US Supreme Court:  Duncan vs. Boneta. 21-1194.  Jake Charles a Duke University Professor and Scholar :  “it’s a good bet the Court will hold Duncan pending Bruen as well. And after that, it would not be surprising to see a case about protected arms become the next major Second Amendment battle.”  This writer has said for quite some time that the next major 2A issue will be the Modern Sporting Rifle issue.  Now the opposing side of the issue is acknowledging that potential.

Many media sources are making the quantity of guns and ammo as something significant in news stories to get sensationalist news. The quantities mean very little. Most of RI enthusiastic guns owners possess on average about 4,000 rounds of ammo. So, what! Stories on the quantities of ammo in a news story are not going to get any media source a Pulitzer Award.  In a previous relationship, I was only allowed a certain number of tools in the shed or a certain number of trains in the basement. If it isn’t a Pulitzer the media is after, then it is control of citizens’ lives. Control is becoming a pandemic problem.

Most Rhode Island Second Amendment supporters also own those black modern sporting rifles. Many of them have quantities of over 100 arms. Again, so what! The US Constitution says they have the right to own them. More so, the Constitution does not put a limit on the quantities of guns or ammo that one can possess. The mainstream media seems to think there is a limit, and it shows in their reporting.

RINewsToday.com is the only New England media platform that supports the outdoor sports, including hunting and fishing and Second Amendment issues. A local fishing and a hunting article appeared over the last six months, elsewhere, but the articles are isolated. RI sportsmen and women need to remember the support they receive here for their sport. My editor saw something in me 3 years ago and tapped into my ability and interests. Who would have guessed – as this writer’s Achilles Heel in high school was English? Inability to achieve High Honors was the end result. My editor allows me to call it as I see it, with very few restrictions. Unfortunately, some in the Rhode Island Gun Community feel differently. They tried to muzzle me and failed. Like many independent conservatives that are fed up with the pompousness and narcissistic tendencies of those who think they are elite on these issues, we will call it as we see it. Those who feel strongly like I do also feel they’ve been pushed around and stepped on for too long. I appreciate the respect and the platform that RINewsToday has given me – the respect for sometimes unpopular positions in difficult times is something I appreciate. That respect speaks volumes. Digital media outlets are more likely to be reporting from an advocacy journalism perspective, rather than embrace the tenants of independent journalism – if you read with a critical eye, you can see it in your first 5-10 minutes of reading.

Now for the gritty stuff – 2nd Amendment related bills before the Supreme Court. As we wait patiently for the verdict in the NYC CCW case, like expectant fathers, there are other cases and situations occurring. Here are some details to know. Again SCOTUS (US Supreme Court) ruled against the convicted felons in 2 separate gun rights restoration cases. I voiced my frustration before over convicted felon cases superseding cases that will affect millions before, and I made it known to many national figures and groups. The last 2 cases mentioned involved felons with multiple felony convictions. There is a gentleman in Washington, DC that was wrongfully arrested and convicted for having a stray shotgun shell rolling around in his car. He was committing no violent crime, but SCOTUS refused to hear his case – yet hears cases of convicted felons.

For the third time, out of Colorado, a businessperson has refused to take a job with a same sex couple and the case was again accepted at SCOTUS. The case is based on a photographer refusing to take a wedding photography project that she feels is against her religious beliefs and bases it on her 1st Amendment rights. The first two cases were decided in favor of the small business owners (cake bakers) who refused the same, again on religious views. There are now three same sex, religious grounds, First Amendment cases originating from Colorado on the same subject. Talk about tying up SCOTUS time with the same old subject matter! Regardless of how you stand on the issue, the issue was put to rest with the first cake baker case.

It is time you’ll see a full court press on the Second Amendment. Justices Thomas, Gorsuch, and Kavanaugh all expressed the need to address many 2A cases at the Supreme Court. I have strong reason to believe Justice Alito feels the same way. Justice Thomas stated the 2nd Amendment is an orphaned right. The above First Amendment cases impacted a handful of people at most. 2nd Amendment cases will affect millions. The court seems focused on small nuances of the law rather the broad ranging issues.  The issues of the many now outweigh the issues of a few.