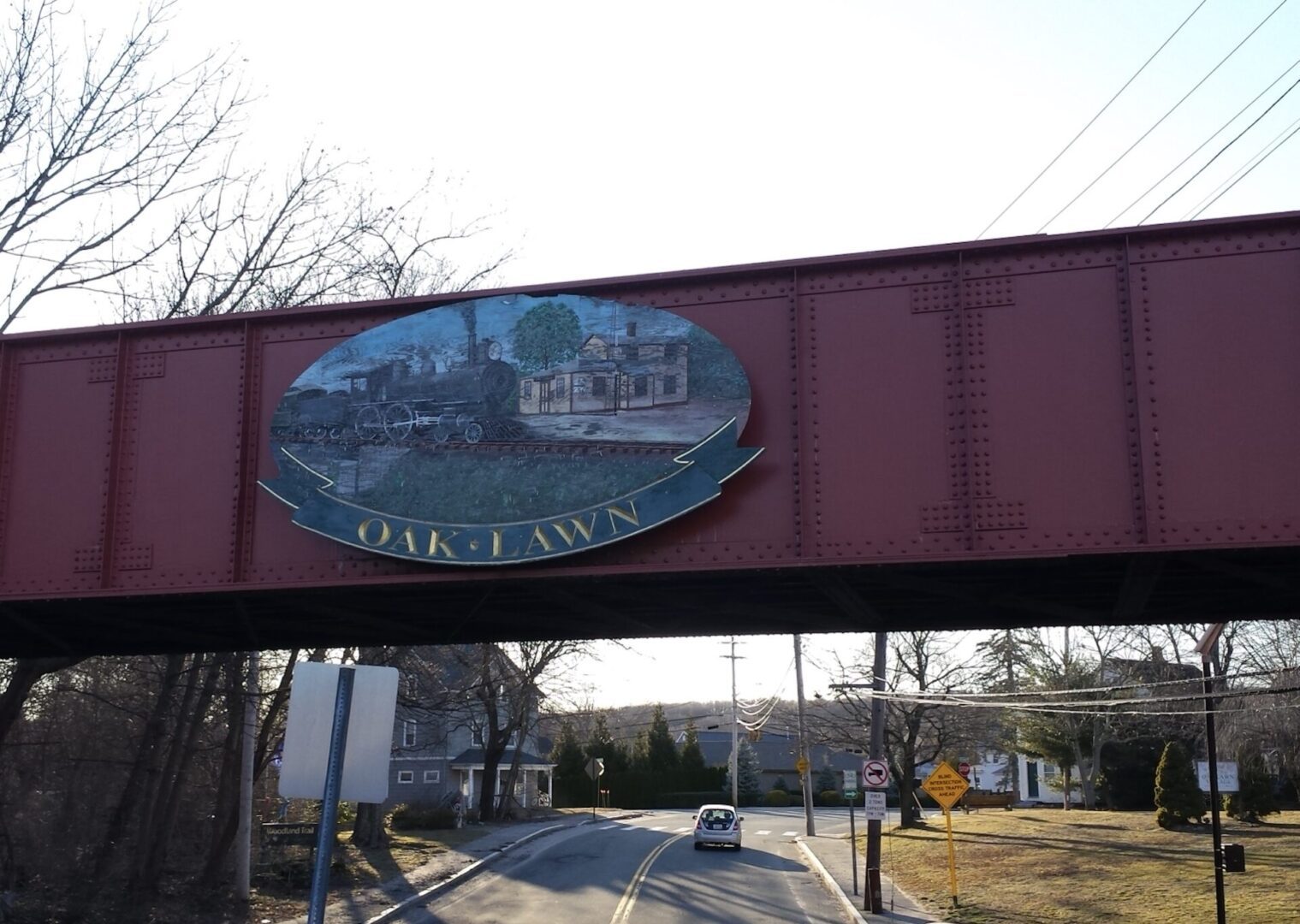 Back in the late 1860’s, The Hartford, Providence and Fishkill Railroad constructed a rail line that connected Plainville, Connecticut with the Providence Mainline. It was taken over by the New Haven Railroad by 1895. Little did they know that centuries later the rail line eventually would become a hiding in plain sight jewel of Rhode Island.

This jewel is the Washington Secondary Bike Path. It starts in the north end of Cranston, Rhode Island, in the vicinity of the old Narragansett Brewery building and ends, for the moment, in Summit, Rhode Island. Summit, which not even native Rhode Islanders may have heard of, is a village in the town of Coventry.

Many years ago, Rhode Island received a large sum of federal money to turn the abandoned rail line into a bike/walking trail. The line was abandoned sometime after 1986 when its last customer, Suburban Propane, on Flat River Road, stopped receiving tank cars. I remember the year as my son had just turned two and I took him down to Anthony Depot Crossing to catch what was probably one of the last Conrail GP9s to ride the rails there. The Federal money built an extensive and expensive bike trail that a lot of residents do not know about.

“All aboard! Train now leaving Oaklawn Station.” I started my journey on Friday March 12th; it was 56 degrees out and I found a small parking area near the Garden Hills Fruit and Deli in Cranston. This deli is significant as there is an easy access to the trail – plus another major reason that I’ll get to later in the article.

I pulled my Trek mountain bike out of my truck bed, saddled up, and off I went. As a youngster I always admired the Oaklawn Railroad Bridge at Wilbur Avenue and Route 5 as our family took our weekly sojourn to Ruggieri’s Meat Market in Cranston. Well, it took a few decades, but I finally went over that same bridge.

Only getting 300 yards, the brakes were slammed on as there are wetlands to the west of the trail north of Route 295. And who would have guessed Cranston East had beavers! The critters were very busy as a number of trees are felled in that area. Continuing, I stopped at the Pawtuxet River Bridge. This 3-span bridge was built in 1901 when its predecessor burned down in 1900. Again, that bridge was another bucket list item and is visible from Route 295 South.

The East Avenue crossing in Natick is a busy one and that is where the parking areas for the trail started popping up. In fact, there are numerous parking areas from Cranston to Arctic, so it is easy to enjoy any particular section of trail you want. Arriving in Arctic/Bradford Soap Works brought back many childhood memories of school shopping at St. Onge Department Store. The store had a fantastic display of Matchbox cars that I still can vividly see today. The Bradford Soap Works Pawtuxet River Bridge was another on the bucket list that finally was crossed again, years later. I had long forgotten that I worked in conjunction with the RI National Guard many years ago cleaning out that stretch of the Pawtuxet River.  Two cranes and a line of deuce and a half trucks going out of there constantly as that area of river was a major dumping ground. Thirty years later it still looks good! The red NC5 New Haven Caboose is also right there, and always has been a favorite!

“Train now arriving. Quidnick”. The Coventry/West Warwick line is where I turned around and headed back, as my hamstrings were cramping up.  Stopping for a minute and walking eliminated the problem.

During the journey a point was made to say hello to everyone if for no other reason than to see how they reacted. Here’s my informal survey. Gentlemen: the ladies were much friendlier than you guys. Though the hikers’ and biker’s traffic were light the entire day, 99% of the women said “hello” – only about 40% of the men. I did not count either gender of those who had their face buried in their cell phones. Much too beautiful of a day to waste on digital nonsense.

The railroad realized that the grade was a 1% incline from Cranston to points West. I noticed as I returned and flew back on the 1% decline. 1 hour and 15 minutes, including stops out; only 45 minutes back.

“Train now returning. Oaklawn this is the last stop.” My backside was thrilled. Even though I bought a cushioned bike seat 2 years ago there isn’t enough cushion in the trunk. Also, of note, as I approached my truck, my hip flexor muscle cramped and that is a bad one as it feels like your leg is being torn off. It is even worse when it happened again, later, at 2 am!

When the bike was returned to the truck bed I was famished. I decided to see if Garden Hills Fruit and Deli had ready-to-go food. The owner, Gregory, made me an Italian grinder that tasted out of this world! It was enormous and would make Dagwood Bumstead proud! Much healthier and slightly less expensive than any rat burger from a fast-food joint. The owner told me he has been in business for 40 years. There was satisfaction in giving a Mom & Pop shop business during this pandemic. There is a benefit to having that store right next to the trail as there are tasty sandwiches and other offerings of all sorts, and drinks to boot. Even a vegan from the village of Hope would find plenty of delectable vegetarian choices to satisfy the palette. It may benefit Gregory to set up a small cart or bistro in the parking lot during the nice weekend days to accommodate the trail traffic. Due to the Garden Hills Fruit and Deli being right there for me, Oaklawn will be my primary embarkation point. Notable point: the Oaklawn section of rail trail is extremely clean to the point of being manicured.