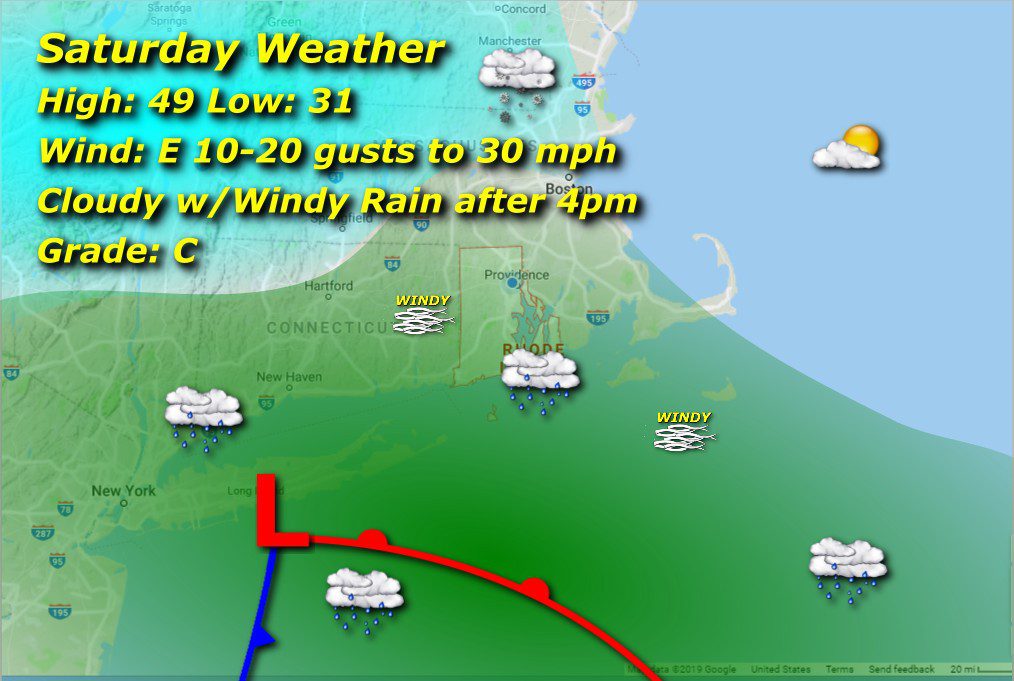 Our midwestern and Great Lakes storm system rolls into town with cloud cover increasing through the day and rain beginning in the afternoon, blown around by high easterly gusty winds up to 30 mph generally, maybe a touch higher towards the coastline. Continued warmth accompanies the rough weather, afternoon highs expected to be in the upper 40’s after morning lows around the freezing mark. Rain and wind last through the night, some rattling windows and eerie whistling tree branches should be anticipated.

Rain ends early in the morning, as the air holds some of the imported heat from the departing storm, temps remain in the mid to upper 40’s through the bulk of the Sunday, dropping into the mid 30’s later in the evening as cloud cover thins and breaks. Winds do a 180 and shift to westerly, still up but not quite to Saturday’s levels, gusts approaching the mid 20’s.