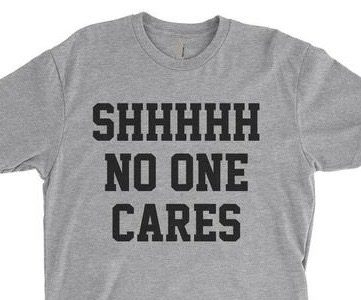 A tale as old as time – Pro Sports Scandals

It seems that all of the Pro sports cheating scandals have been swirling around New England lately. Spy-gate, Deflate-gate, Kraft-gate, and now the Patriots are once again defending themselves in another swinging gate – camera gate. This is where a camera crew filming a documentary of the Patriots scouting teams, doing their job, but inadvertently filming the team they were scouting for an upcoming game, on the sidelines. That is a huge no-no in the NFL. These scandals or indiscretions hang over each Super Bowl win like a black cloud.

Fast forward a few weeks, and there is a new scandal swirling around Beantown, but this time it is major league baseball. More particularly, the 2017 World Series champion Houston Astros, and our own 2018 World Series winners Boston Red Sox. It seems that each team made their world series championship runs with the help of stealing the opponents pitching signals. By using both high-tech and Morse code, the system gave their batters what was deemed a clear advantage while in the batter’s box. The alleged master mind of the system for Houston in 2017 was Alex Cora. The same Alex Cora that led the Boston Red Sox to the 2018 World Championship while in his first year as the Red Sox manager.

Stealing signs in the grand ol’ game is illegal, but it’s a tale as old as the game itself. Baseball players have been doing anything to get an advantage over their opponents since Abner Doubleday invented the game in the mid 1880’s. Cheating has been going on in baseball forever; the 1919 Chicago White (black) Sox threw a World Series while in bed with gamblers, and the steroid scandal era wasn’t that long ago, spanning from the late 1980’s until the late 1990’s. Thank you, Mark McGwire, Barry Bonds, and Sammy Sosa, and hundreds of others for bringing it all into the bright lights from the shadows. By the way, everyone in the world knew they were “juicing up”. The thing is, to all popular belief, they still are, but they have learned to skirt the testing with masking agents, so the issue is still out there but they may be hiding it better.

Gaining an advantage in the sporting arena has been going on since competition, some more blatant than others, and the New England region isn’t immune to it. Remember 1980 and the Boston Marathon women’s champion Rosie Ruiz? A noncompetitive runner winning the Boston Marathon in world record time. Most runners were endorsed by Nike or New Balance, well Rosie seemed to be endorsed by AMTRAK!

The Boston Bruins and Celtics have questionable sportsmanship moments in their past as well. The Celtics under the late great Red Auerbach would allegedly blast the heat, in the warm months, during the playoffs of the opposing team’s locker room, or in the mid-winter they would shut the heat off entirely. This was a practice the Bruins followed as well, allegedly. In addition, opponents’ rims were too loose or tight, the Garden floor was said to have deliberate soft/loose spots that the opponents weren’t aware of; the Ice was too soft for fast teams while pucks were either frozen, or not, depending who you believe. Fact is that gaining an advantage by any means is often tried in any sport by every team! The officials aren’t immune to this either. Remember officials who would bet on games that they were working, and then they would manipulate the outcome of the game where they would win their bets?

An argument has been made, in some circles, that if you’re not cheating, then you’re not trying. In the case of baseball, those who had been involved and implicated in the Cora cheating scandal have either stepped down from their positions or have been fired, and in some cases, have had punishments levied.

By all accounts this will not be the end, let’s be honest, probably all major and minor league baseball teams, for that matter, could be guilty of doing the exact same thing. I would think that amateur, college, high school and little league baseball has also done it as well.

So, where does this bring us? Firing all general managers and managers in baseball? A draining of the swamp? In this case all it took was a player leaving the Astros and going to another team, a disgruntled player who instead of keeping this an unwritten rule by never speaking about it to anyone, opened his mouth and the scandal began. Keep in mind, for years he was part of the process, now he’s the whistleblower, a hero, the savior of the game. Everyone involved in baseball is guilty and he is as well.

The question is why now? Why did he choose now to open his mouth while all others remained quiet? I would venture to guess that his career was pretty much over and he felt that he was wronged and wanted to get even on the way out. So now he is on the outside looking in, a baseball outcast who will never be invited to anything baseball related ever again and if he is so pure in his feelings about cheating, he should be the first to return his World Series ring, the money for winning the world series, better yet, return all the money that he received while being part of this scandal, and we all know that will never happen.

We all know that only the low hanging fruit will get the ax, while the big fish will continue to get fat. If MLB wants to make a statement, force the owners to sell their team, ban those caught with some involvement in the scandal for life, that’s how they dealt with it in 1919. But take it further, go right to the top – truly drain the swamp! But we all also know that will never happen. It will get dealt with now and punishments will be made and this, like every other cheating scandal, will fade into history as the powers to be pat themselves on their backs for swiftly administering justice to those who wanted to harm the sport. While they themselves are enabled, and until a punishment is made to them, it will be the same old, same old. And, here’s to the next big scandal that is heading down the road.