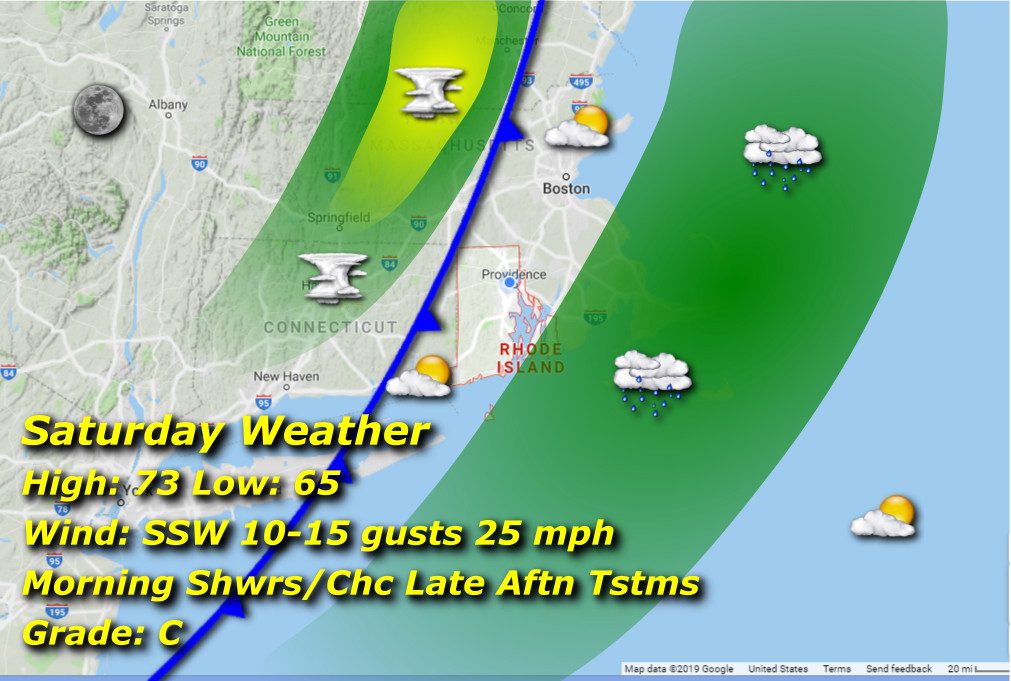 Memorial Day weekend could start with some excitement, with the chance for some afternoon thunderstorms as a cold front passes through. We’ll see some pre-frontal rain showers ending early in the morning with some breakup in the cloud cover, adding some energy that the front will then use to drive some convection. Most likely northwestern areas of the state after 4pm. Highs will top out in the low to mid 70’s with morning and evening lows in the mid 60’s with a wind generally out of the south-southwest gusting to 25 mph..

Once the front clears away, drying will occur through the day with only a few clouds here and there. Plenty of sun, and a warmer afternoon, highs in the mid 80’s from a crisp low in the upper 50’s. Winds light and variable in the morning, then turning southerly in the afternoon and once again some gusts reaching around 25 mph.