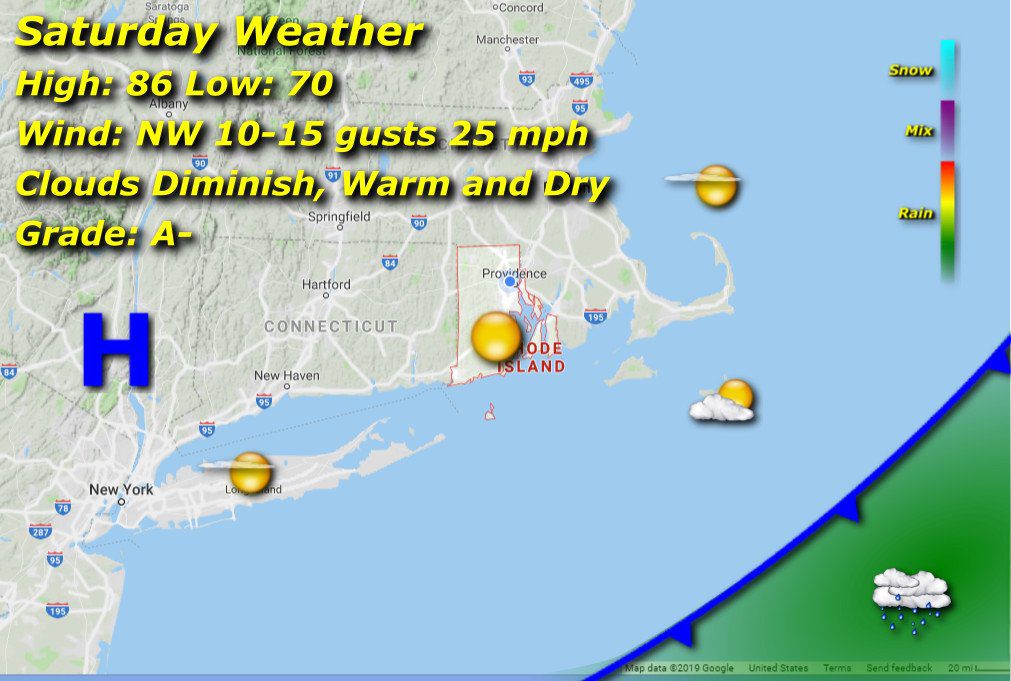 Some overnight showers clear the area, with drier air filtering in with high pressure behind. Cloud cover will diminish through the day with northwesterly winds gusting to 25 mph. Morning low around 70 rises to the mid 80’s.

A sunny start with lows in the mid 60’s begins to cloud over later in the afternoon ash highs once again hover in the mid 80’s with a southwesterly breeze. Any showers should pass to our south late in the night.