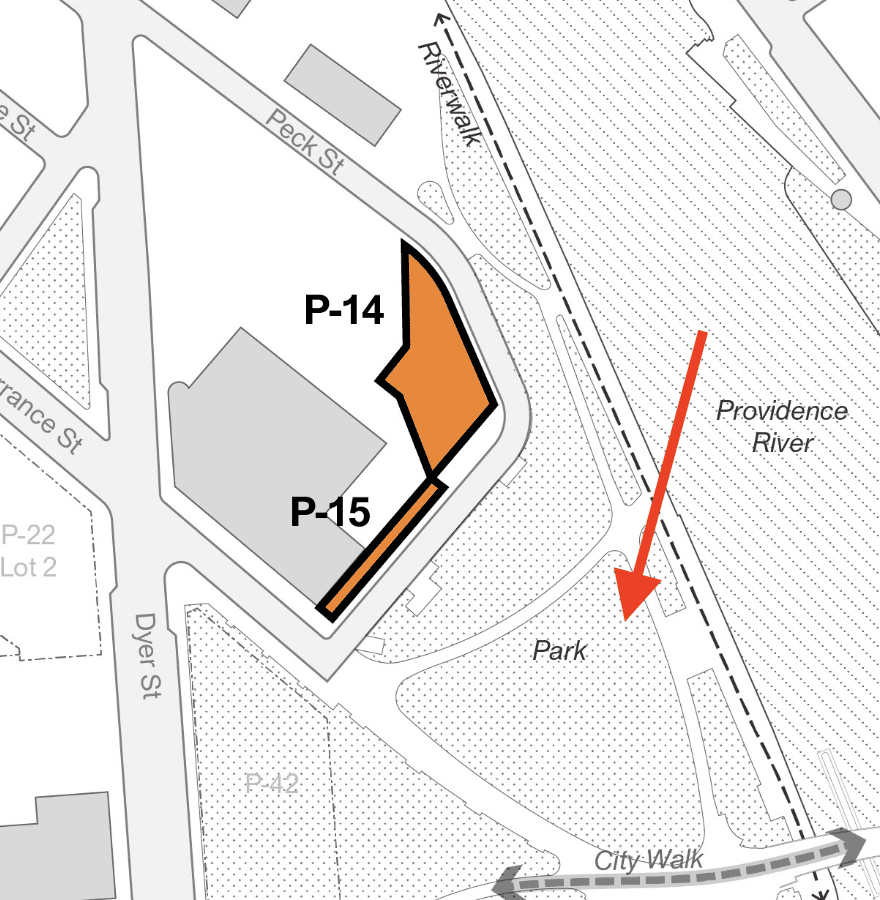 Dodge the I-195 Fooddoggle – David Brussat

by David Brussat – Architecture Here and There, contributing writer

Yesterday’s Sunday Journal describes the growing dispute between Providence restaurants and the I-195 Redevelopment District Commission, which wants to use state money to finance a food pavilion in the park at the west end of the Van Leesten Memorial Pedestrian Bridge. Restaurateurs oppose using public money to undercut their businesses with a food boondoggle – or fooddoggle.

So far, nobody has any idea what it would look like, but given the commission’s track record, the prospect does not delight the eye.

Investigative reporter Jim Hummel’s report reveals that many local restaurant owners within blocks of the proposed pavilion were never consulted, that funds for the project silently moved through a largely closed budget process, that the 2019 bond did not mention a year-round, sit-down, brick-and-mortar facility, that little or no thought has been given to parking in an area already saturated, that examples of other food pavilions in other cities given by the commission’s director, Caroline Skuncik – New York, Brooklyn, Philadelphia, Newark, Detroit – are much larger and have many thousands of nearby residents and tourists on foot, and that the proposal in Providence has all the earmarks of a boondoggled designed to help insiders rip off the public’s money.

No one would put their private money into this. This is only an insider deal, that if the state will pay for the building … and somebody gets to come in and fail with the state’s money, it’s other people’s money, And they’re more than happy to take the money and take the gamble, because it’s not really a gamble is it?

Well, maybe it is or maybe it’s on the up-and-up. But even so, that does not make it necessarily the best idea for park infrastructure. Whatever its potential for success, its unfairness is manifest. The commission should think outside the box – which I normally hesitate to recommend, but the current proposal seems totally inside-the-box. Here are a couple of ideas:

A better idea for bringing food and drink to the site might be the “taverna” system popular in Greece and offered by Pawtucket designer Morris Nathanson back when Waterplace Park was new. His idea was not taken up. He described the taverna process to me over lunch at a Pawtucket restaurant (Morris Nathanson is a world-famous designer of restaurant interiors). I described his idea in an April 27, 1995, Journal column called “What to do at Waterplace” (reprinted in a later blog post): Here is the taverna idea:

an established restaurant or hotel sponsors an underused space a block or a mile away, and finds, say, a young fellow who will sell its food and drink to as many passersby as he can attract to tables, often under umbrellas, provided by the establishment. The fellow profits if he can, the establishment gets free advertising, and the city gets additional street vitality, cost-free. And visitors are charmed by the sight of waiters porting meals along the streets.

It could be under umbrellas, or it could be in a brick and mortar facility built by the state – only in this case it would not undercut local entrepreneurs but enable them to serve more customers. No restaurateur would get “free” space from the state. Nathanson thought the city should try this idea at Waterplace, and in fact it still could do so.

Another perhaps an even farther out-of-the-box idea would be to revive the 2015 proposal for a minor-league stadium on the Providence riverfront. Although it crashed and burned after being proposed by PawSox lead owner, the late James Skeffington, who died suddenly during negotiations with the state, the proposal made much more sense than people recognized at the time. It makes just as much sense today, especially as the Pawtucket soccer proposed seems to be fading beyond the horizon. After all, there are many more baseball games than soccer matches in a season.

The commission would have to move the Fane tower proposal to another parcel within the redevelopment district – but this is a feature rather than a bug. That eyesore should be moved back toward I-95 anyhow. (Ditto whatever has been proposed, if anything, for parcels 14 and 15.) As proposed in 2015, a traditional retro ballpark could be built in Innovation Park, on which the tower would encroach. The waterfront already has an abundance of green space. Attendees at games could park for free downriver and ferry to the stadium for free on the state (or city) dime. Sounds like fun!

Bringing in an amenity that would attract new customers downtown rather than competing with existing restaurants struggling to emerge from the pandemic makes sense. Still, it would require a bold and farsighted leader to push the plan here in Rhode Island. And a minor-league ball club would need to step up to replace the (long gone) PawSox – though for nostalgia’s sake maybe a new team could retain that name. With the old PawSox now the WooSox in Worcester, I don’t know whether finding another team is feasible under baseball’s rules.

In any event, the taverna system could bring meals and drinks to the stadium and its surroundings as well, or merely to the existing park.

Well, those are a couple of outta-the-boxers. Rhode Islanders should try them on for size.