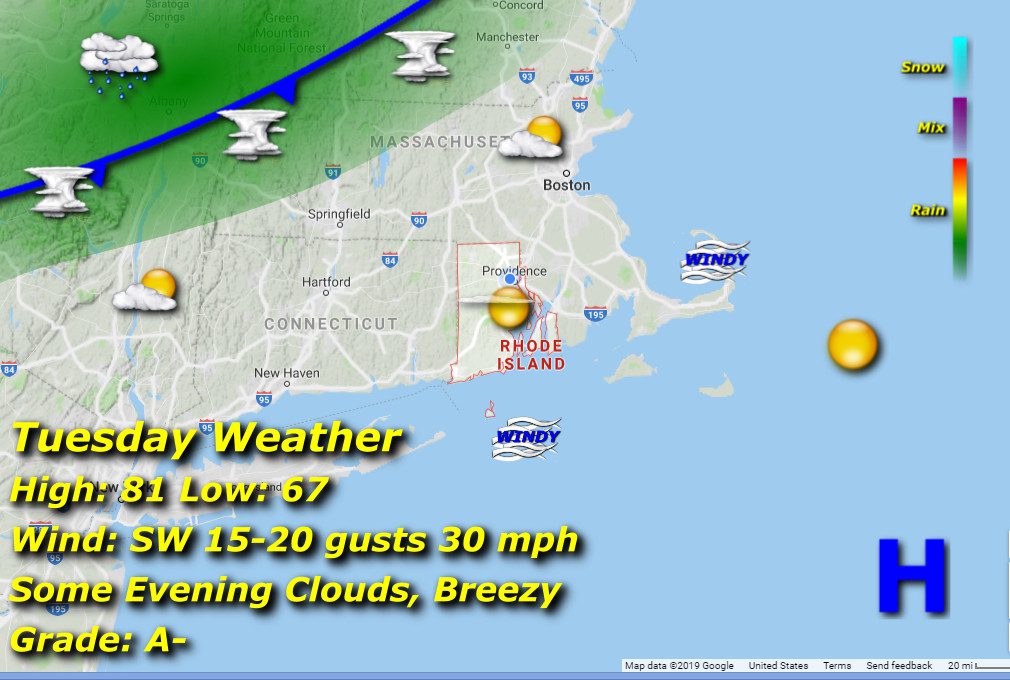 High pressure relents slightly, as a cold front gatherers steam well to our northwest and kicks off some showers/thunderstorms inland, and maybe we’ll catch a shower or two later in the evening, but at that point most of the energy will have been suppressed by the bay influence.

All of this southwesterly wind will draw in more humidity, so we’ll feel a bit more muggy than the last few days. Morning lows in the upper 60’s and afternoon highs in the low 80’s with wind gusts towards 30 mph.