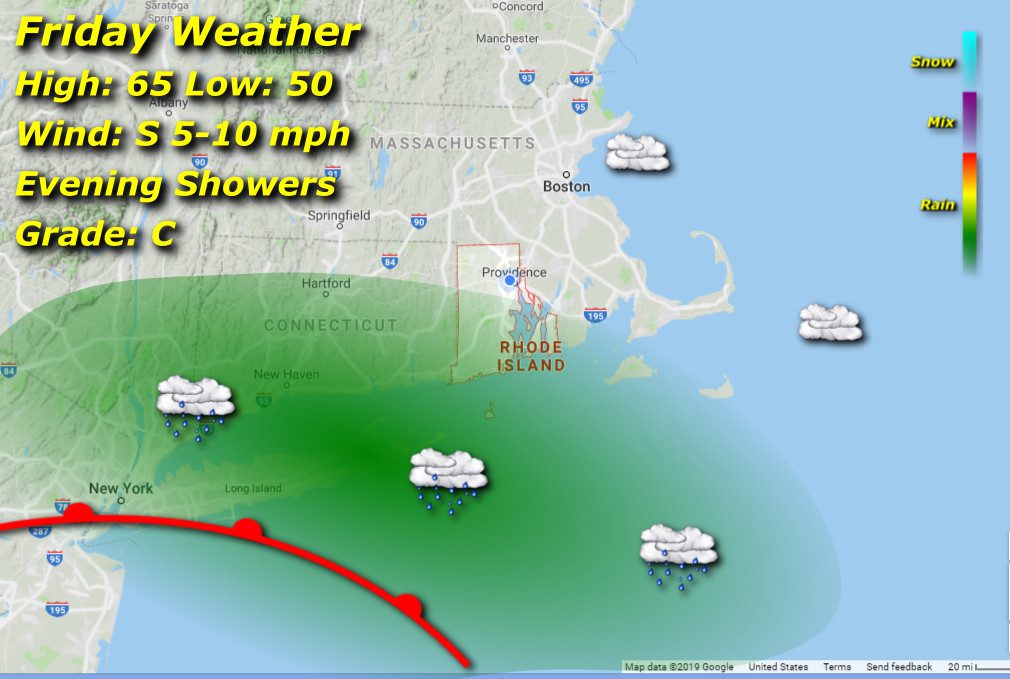 A low pressure system develops over the midwest and approaches through the day. We’ll see the first drops from the system around 8 pm and will continue through the night. Cloud cover before them thickens during the day with afternoon highs around 60 from morning lows around 50. A light southerly wind will persist through the day.