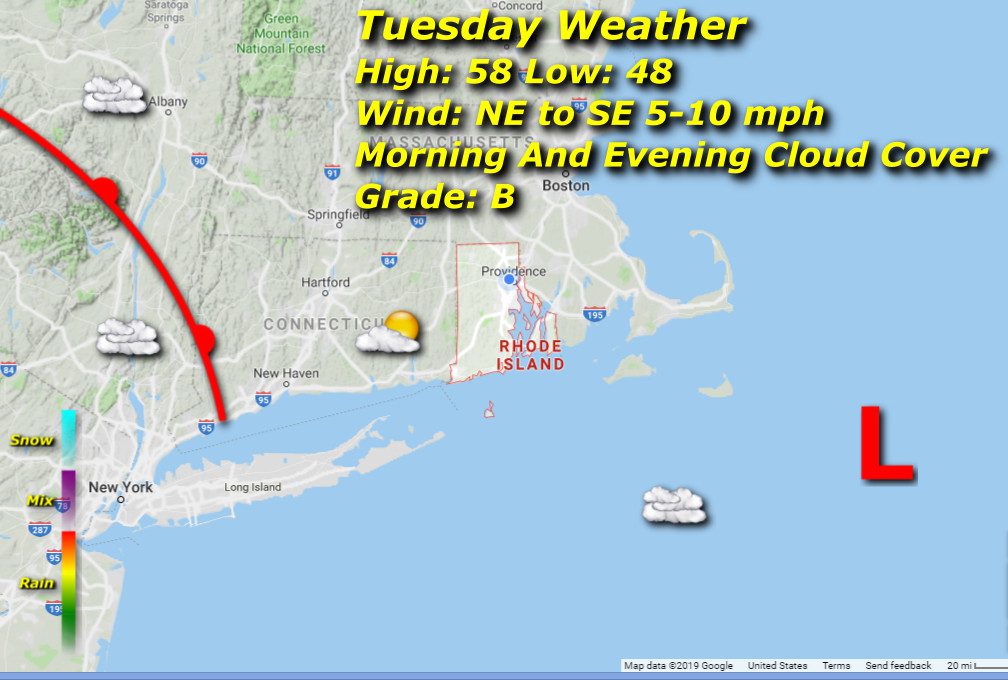 What’s left of yesterday’s low pressure slowly moves out to sea, with low cloud over breaking up through the morning. We’ll have a short spell of some sunshine in the afternoon before more high cloud cover rolls in with a warm front in the evening.

Afternoon highs reach the upper 50’s bookended by lows in the upper 40’s morning and evening.