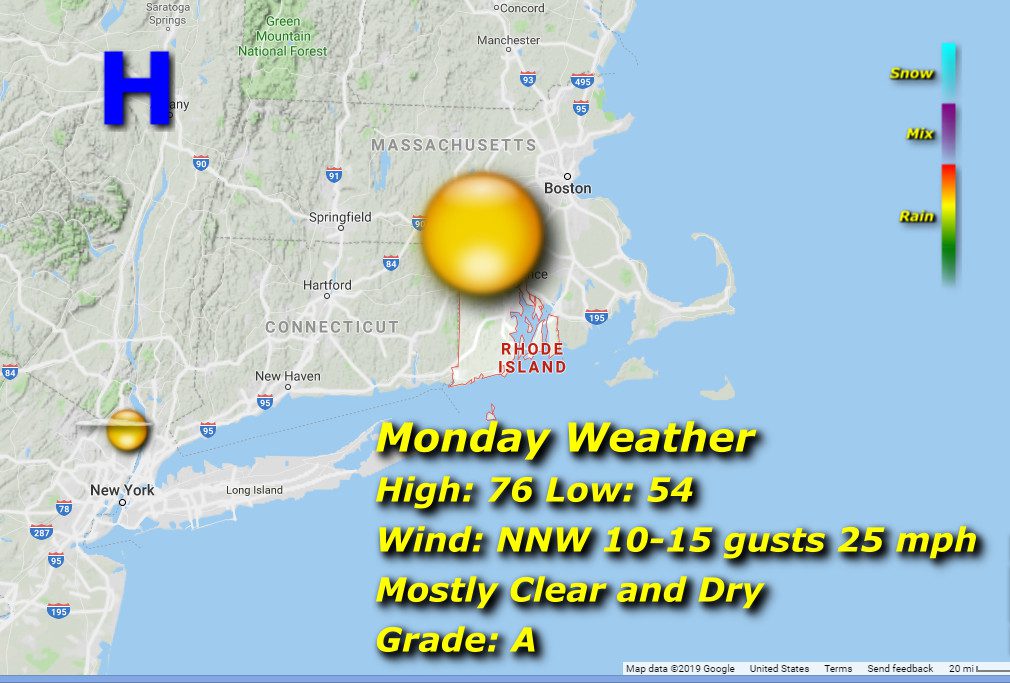 High pressure to our west keeps us under a clear sky with northerly breezes gusting to 25 mph once again. Dry air an improvement, with low dewpoints and mild temperatures. We’ll have an afternoon high in the mid to upper 70’s after a morning low in the low to mid 50’s.