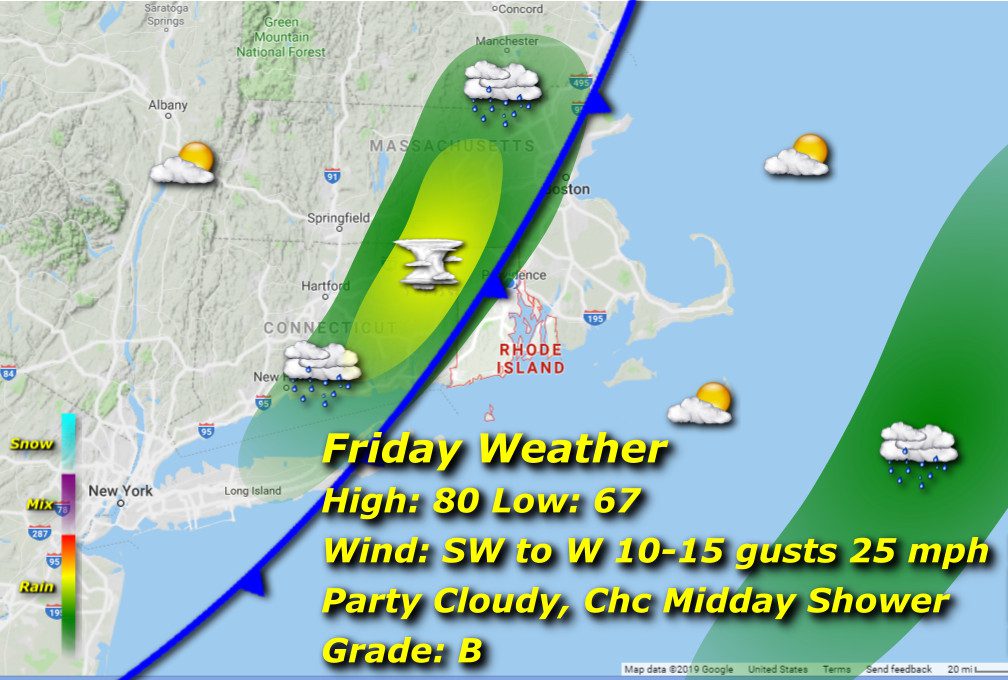 Rain ends before sunrise, then partial breakup of the cloud cover will take place.

Another batch of showers and maybe a thunderstorm will move down with the cold front during the midday hours. Winds shift to westerly and drier air begins to fill in behind the front. Morning lows in the upper 60’s followed by an afternoon high around 80 and a breeze shifting from southwesterly in the morning to westerly in the afternoon.