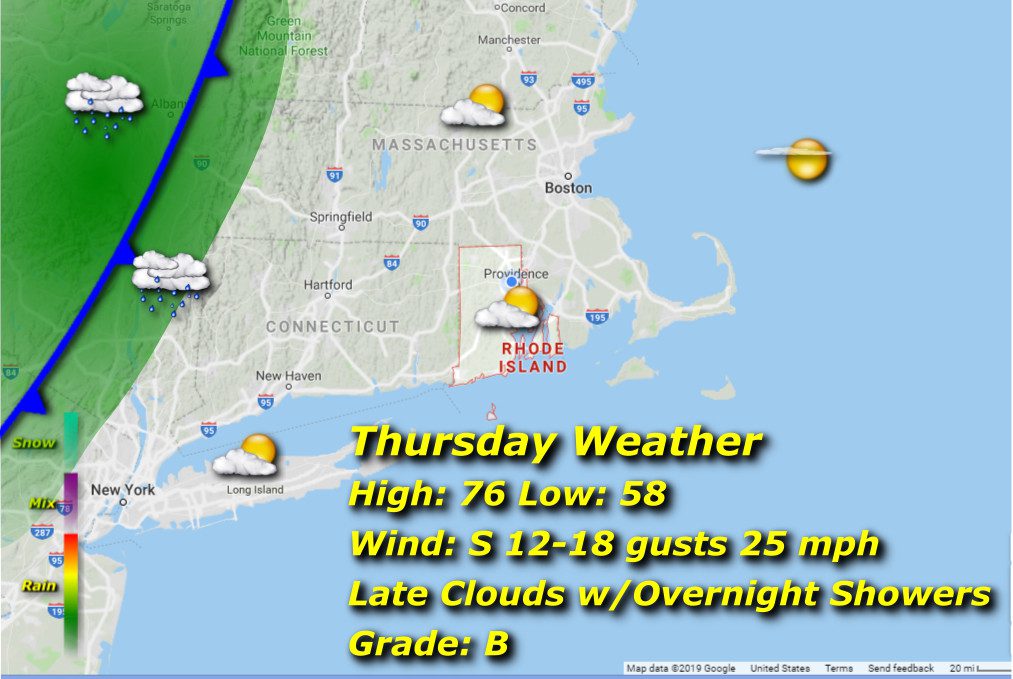 Stable air remains in place through most of the day with a frontal system approaching late, cloud cover being the only damper. Any rain we get will come after midnight. Another fairly cool morning low in the upper 50’s followed by an afternoon high in the mid 70’s with a southerly breeze gusting to 25 mph.