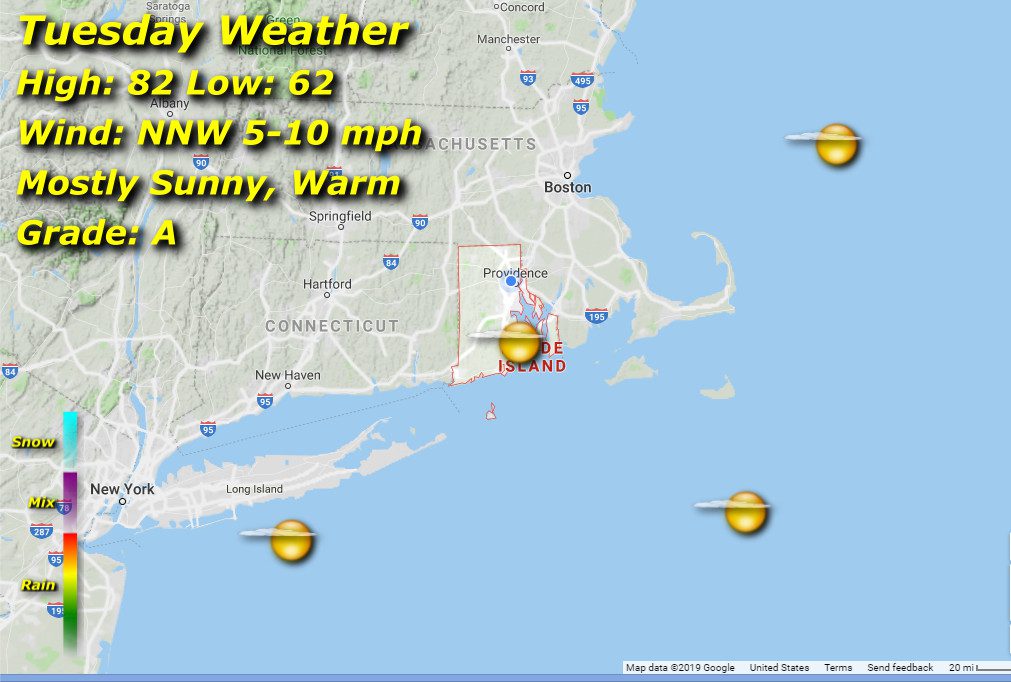 We’re in a gap between low pressure systems, a Goldilocks setup that will give us a pretty decent day, some high cloud cover from the south, but nothing serious.