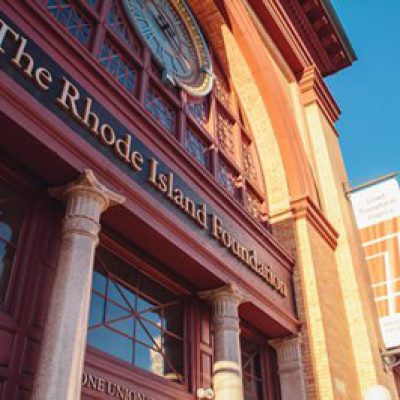 Rhode Island Foundation awards more than $360,000 in seed funding for medical research – Grants are intended to help emerging researchers advance projects to the point where they can compete for national funding

The grants are designed to help early-career researchers advance projects to the point where they can compete for national funding. With this round of grants, the Foundation has awarded $4.8 million since 1997.

“We are grateful that with our generous donors we can provide the crucial source of early funding that enables local researchers to purse promising medical advances,” said Neil D. Steinberg, the Foundation’s president and CEO. “Our hope is that their successes will bring about healthier lives as well as contribute to a healthier economy.”

The Miriam Hospital received $25,000 to prevent post-traumatic stress symptoms following Ceasarean sections. The study will be led by Meghan Sharp, a research scientist in the Women’s Medicine Collaborative research department at Miriam.

“Compared to vaginal births, C-sections can be traumatic and carry risk for PTSD. PTSD, in turn, can be detrimental to breastfeeding rates, maternal functioning and infant development. Despite the known risks of childbirth-related PTSD, no primary prevention studies exist,” said Sharp.

“Subjective experiences during birth, including more control, better support and open communication with medical providers are associated with lower PTSD severity,” she said. The study will assess these and other components of the surgical environment during C-section births as preventative targets for postpartum PTSD.

The University of Rhode Island received $24,827 for the Parkinson’s study led by Christine Clarkin, assistant professor of physical therapy.

“Brain health is an important part of healthy aging for everyone across the lifespan, but may be even more critical if an individual has been diagnosed with a chronic, progressive neurodegenerative disease, such as Parkinson’s disease. Treatment of Parkinson’s is multi-faceted, but one of the cornerstone strategies is exercise,” said Clarkin.

Results from the pilot study will assist in the development of successful recruitment and retention strategies as well as advance knowledge about the benefits of active-assisted versus self-selected exercise interventions.

“The goal is to demonstrate the important role that intensity and mode of assisted or self-selected exercise play in exercise prescription and how understanding that role may be a driving force in making effective exercise recommendations to people living with Parkinson’s disease,” said Clarkin.

Rhode Island Hospital received $25,000 to study a novel therapy to prevent drug-induced, sudden cardiac death by candidates for therapeutic drugs. The study will be led by Peter Bronk, a research scientist at the Cardiovascular Research Center at Rhode Island Hospital, in collaboration with the laboratory of Kareen Coulombe at Brown University.

“Many therapeutic drug candidates are eliminated at various stages of development due to safety concerns. Drug cardiotoxicity is among the most common reasons for withdrawing drug candidates,” said Bronk.

The study will use cardiomyocytes derived from human induced pluripotent stem cells.

“We will test a novel rescue strategy for future cardiotoxic drugs that have the side effect of prolonging the cardiac action potential and triggering potentially fatal cardiac arrhythmias,” he said.

The other grants are:

The Miriam Hospital received $24,924 for “Development of a Peer-led Community to Support Women in Cardiac Rehabilitation” led by Emily Gathright, a research scientist at Miriam’s Center for Behavioral and Preventive Medicine.

The Miriam Hospital received $25,000 for “A Randomized Clinical Trial of Mindful Movement for Patients with Chronic Pelvic Pain” led by Sara Fox, gynecologist at Lifespan Physician Group, Obstetrics and Gynecology and director of the Pelvic Pain Program

Providence College received $20,500 for “Characterization of Azoreductase Enzymes in the Human Gut Microbiome” led by Tyler Stack, assistant professor of chemistry and biochemistry.

Rhode Island Hospital received $25,000 for “Novel Thgerapeutic Targeting of Autophagy with ONC212 Combinations in Pancreaticobiliary” led by Alexander Raufi, a hematologist/oncologist at the Lifespan Cancer Institute.

The University of Rhode Island received $24,780 to study the adaptive rehabilitation for motor recovery in the upper limbs of stroke patients. The study will be led by Rezi Abiri, assistant professor of electrical, computer and biomedical engineering.

The University of Rhode Island received $25,000 for “Efficacy of/Compliance with At-home PT After TKA Measured Via Wearables” led by Ryan Chapman, assistant professor of Kinesiology and principal investigator of the Biomechanics & Wearables Laboratory.

The University of Rhode Island received $25,000 for “Activatable Cross-linkers for DNA-based on Redox-active Bis(O-quinone Methides)” led by Lorenzo Mosca, Assistant Professor of Chemistry.

A review panel made up of scientists and physicians assisted the Foundation in reviewing the proposals.