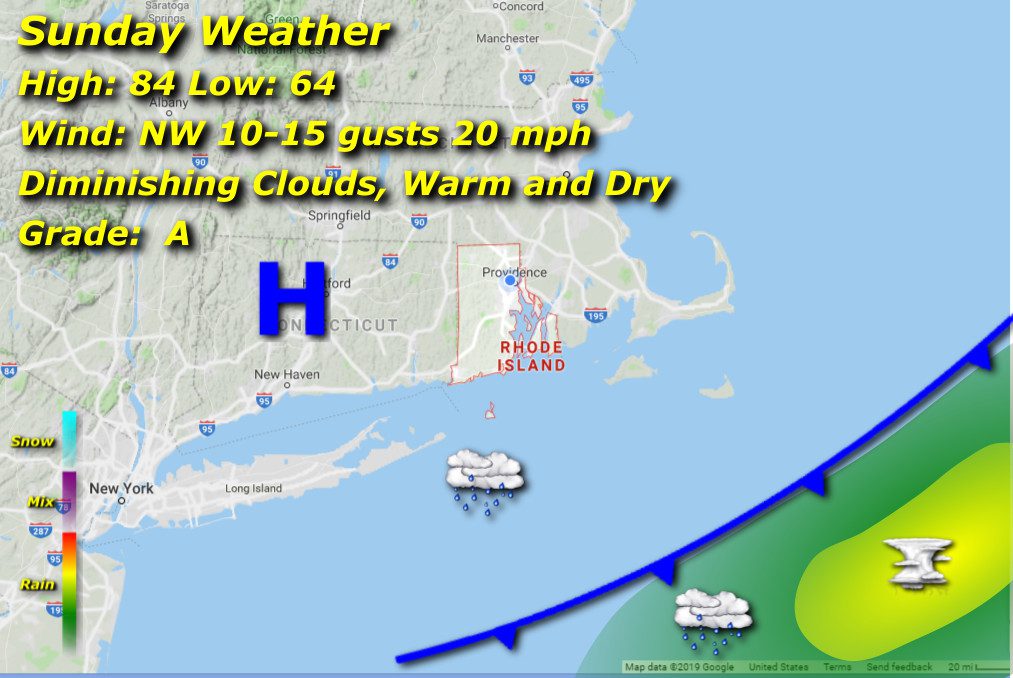 The cold front finally clears out, scouring away what morning cloud cover will be hanging around, so the afternoon should be quite nice with lowering dew points for more pleasant air that’s not so cloying and heavy. Morning lows in the mid 60’s warming to the mid 80’s with a light northwesterly breeze.