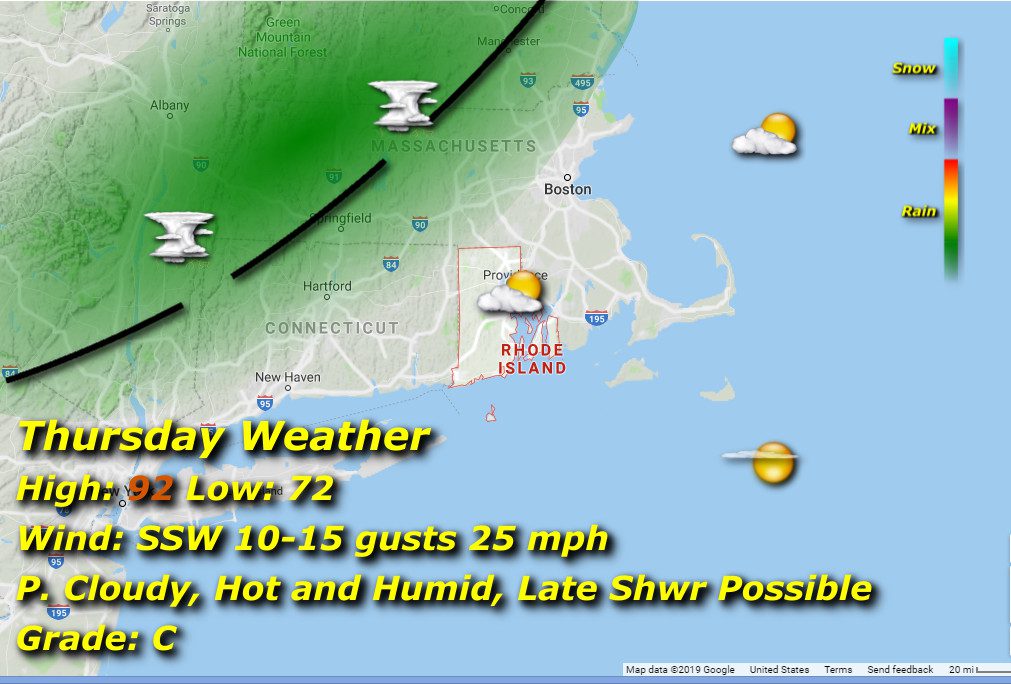 Another scorcher, highs busting into the low 90’s with dew points in the 70’s….beat-you-down apparent temperature around 100. More cloud cover today, so some relief, and the outside chance for a late day shower or thunderstorm. A breeze out of the south will gust 20-30 mph again.