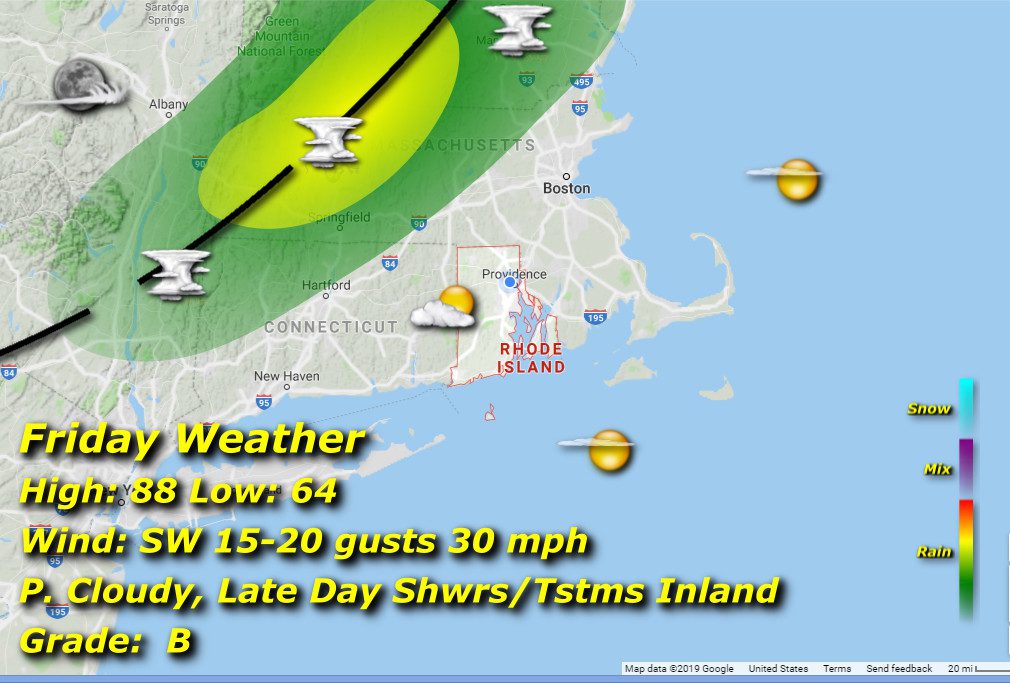 We open July with more humidity, as winds become southwesterly and drive in more mid-Atlantic moisture. As a trough of low pressure attempts to swing in from the northwest, we could see the outside chance of a late day shower or thunderstorm somewhere away from the bay influence, which usually kills convection before it gets within a couple of miles of the shoreline. More heat with the southwesterly flow as well, afternoon highs in the upper 80’s from morning lows in the mid 60’s with gusts to 30 mph.