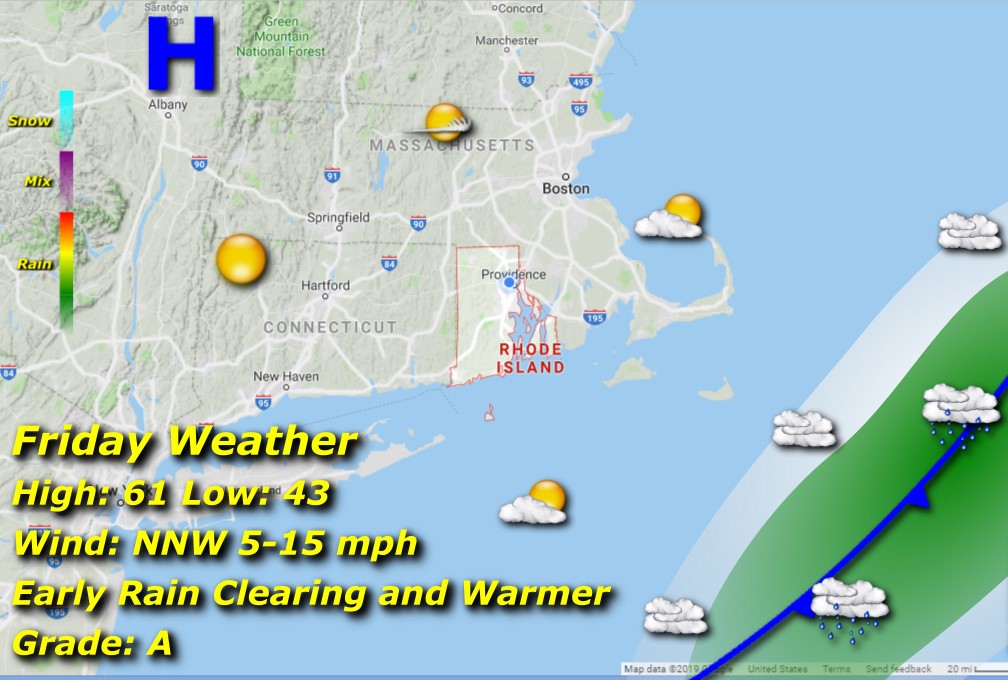 A weak cold front slips through under cover of night and deposits a few drops in the very early morning and then hightails it out of here. High pressure builds in and drives away any lingering cloud cover, leaving behind lots of sunshine and early Spring warmth, afternoon highs in the low 60’s, up from the low 40’s in the early morning. Northerly winds should not be a major issue, but they’ll blow around just a bit, enough to kick up some of the very early pollen trees are desperate to eject.