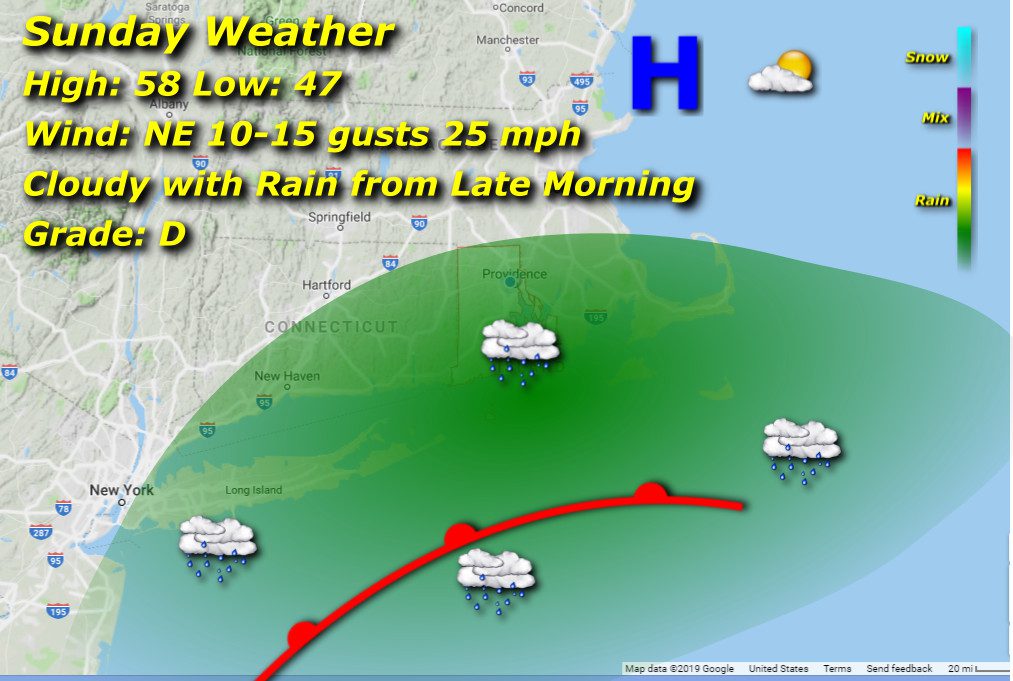 As a warm front associated with low pressure along the east coast drifts northward, rain will begin by late morning and carry on through the day and night with varying degrees of intensity, mostly light, with some bouts of slightly heavier rain in the early afternoon. Morning lows in the mid to upper 40’s rising to the upper 50’s with an increasing breeze from the northeast gusting to 25 mph