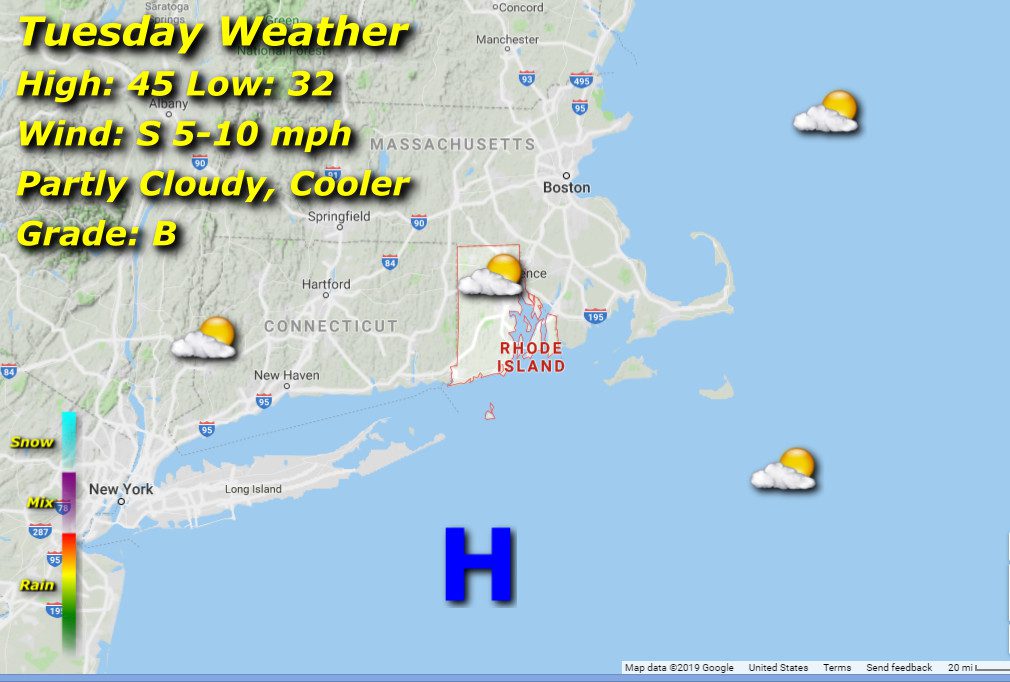 Winds will be light and variable early, remaining light later in the day but coming from the south as high pressure slides east-southeast of the area. Morning lows around the freezing mark rising to the mid 40’s.