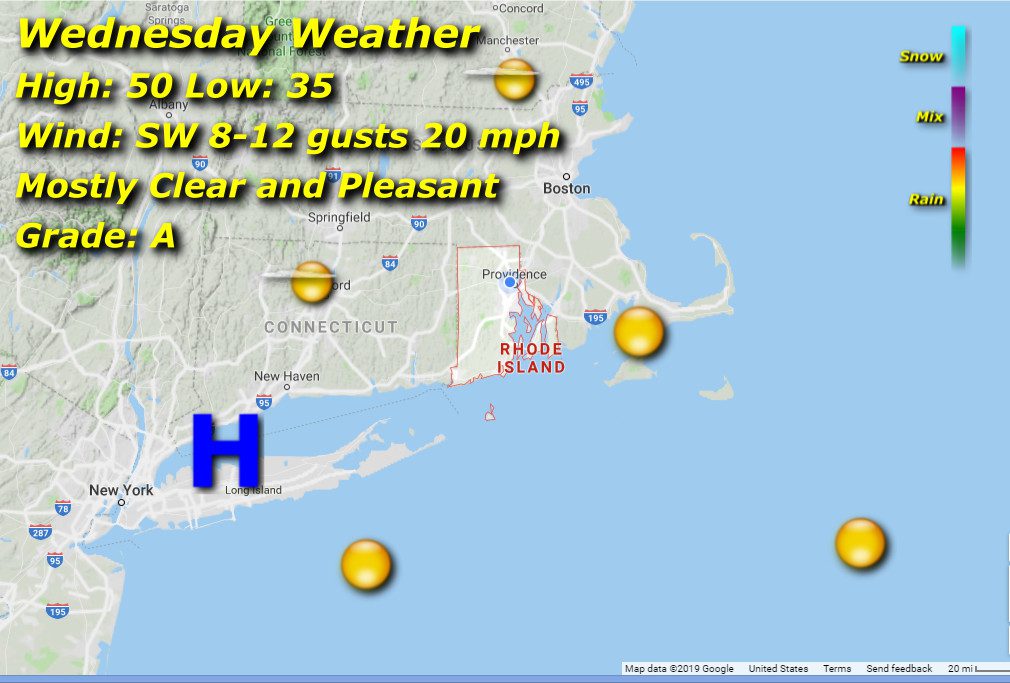 Not a great deal of 24-hour change, but a bit warmer and slightly faster northwesterly breezes accompanied by late afternoon scattered high cloud cover. Morning lows off the freezing mark generally, but some locales could dip down to 32 and below, but low RH will keep most of the frost off of the windshields for last minute morning supermarket runs.

Afternoon highs reach 50 with a light northwesterly breeze and the occasional gust towards 20 mph, that can be used to rake up the last bit of leaf fall.