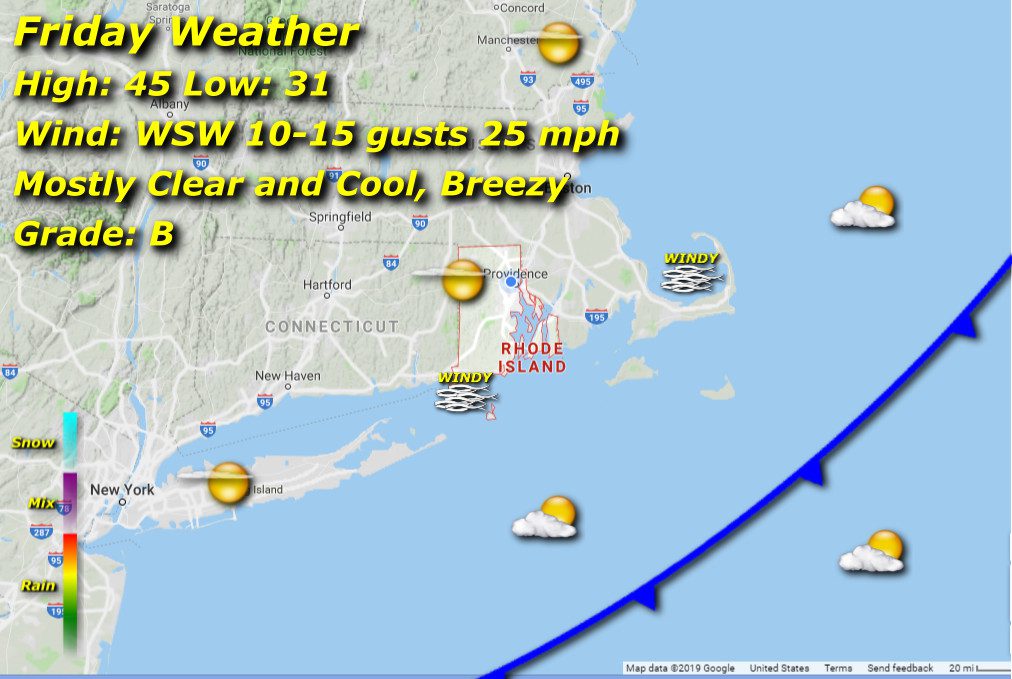 Cool air remains in place with winds generally out of the west-southwest gusting towards 25 mph keeping the chill temps down about ten degrees below the actual air temperature, so afternoon highs in the mid 40’s will feel like the mid 30’s from morning lows in the low 30’s. Air will be dry, so frost risk will be low. Cloud cover will be minimal, so lot’s of sun to counteract somewhat the cool air.