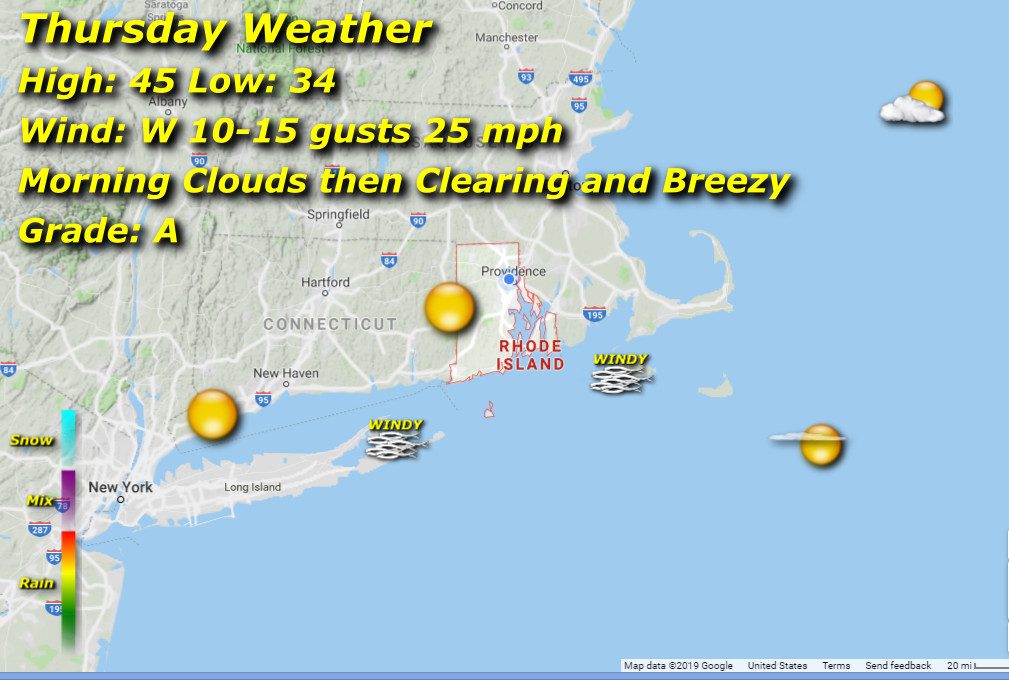 Continued westerly winds will help usher in dry air that will eat away at any morning cloud cover that hangs around. Westerly gusts in the 20-30 mph range will bring wind chills down into the 30’s during the day, dampening some of the sun’s warming power. Still a nice day, though, morning lows in the low to mid 30’s and afternoon highs in the mid 40’s.